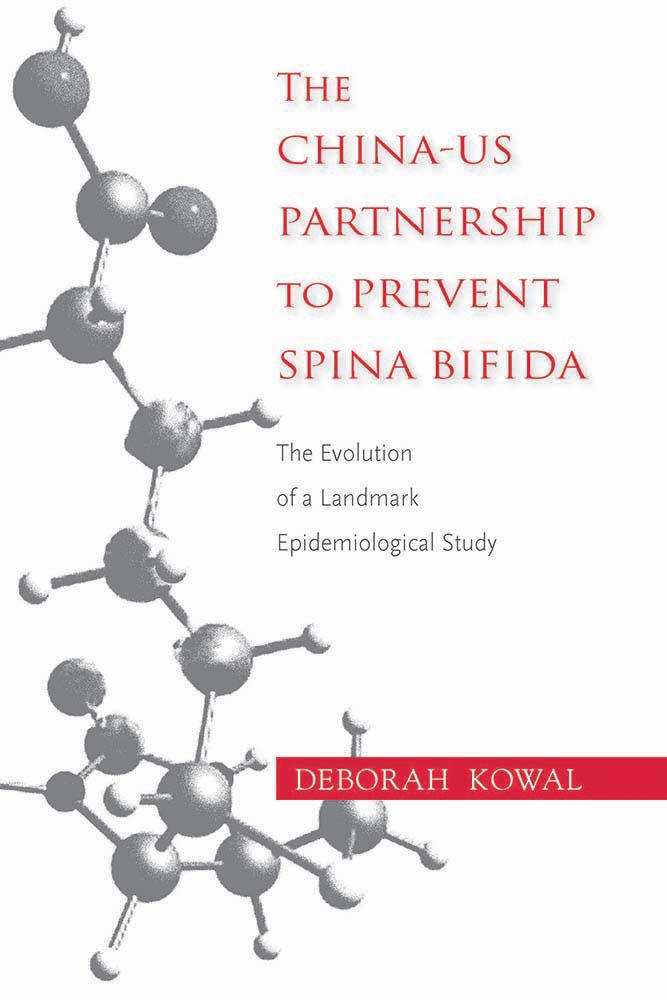 Let me say it right here: The China-US Partnership to Prevent Spina Bifida – The Evolution of a Landmark Epidemiological Study, by Deborah Kowal, is a monumental work. And here is why.

The book is a vivid account of a large epidemiological study spanning roughly 16 years, from the conversation that started the project in 1983 to the first published results in 1999. There were new cultural and physical environments to get used to, bureaucratic hurdles to overcome, and miscommunications to clear up. The dedicated public health professionals from the U.S. and China overcame these issues in order to achieve the common goal of preventing neural tube defects (NTDs), which can happen early in a pregnancy. All this is chronicled in the book, along with revealing anecdotes and side stories. Kowal, for example, notes how Centers for Disease Control and Prevention (CDC) visitors reacted to hearing the American cowboy song “Home on the Range” played on Chinese instruments — namely, “strange and eerily out of place.”

The book starts with a conversation between an American doctor from the CDC, the premier public health agency in the United States, and a Chinese doctor who was trained at the Peking Union Medical School, one of the most prestigious medical schools in China. They note the unusual rate of spina bifida and anencephaly in China and an opportunity to study the epidemiology of neural tube defects, which later materialize as the China-U.S. Collaborative Project for NTD Prevention. As the story unfolds, the Chinese collaborators are puzzled by the CDC budgeting and funding process, and the scale of participation and coordination in China surprise the CDC researchers. The Chinese researchers learn new concepts such as informed consent and Institutional Review Board protocol, while their American counterparts acculturate to their host country, consuming potent rice liquor and strange foods. Given the project is a unique collaboration between teams from two very different countries, unexpected developments in domestic and international politics always lurk and indeed pose serious risks to the project at times.

Aside from paying homage to those who have made critical contributions to the project, this book is a thorough account of the epidemiology study, providing more information and lessons learned to epidemiologists and economists than the author may realize. The detailed information, gathered by the author from the original documents and personal narratives, can help those who are interested in conducting and evaluating similar studies to be prepared for pitfalls, to avoid complications, and to learn better ways to manage both people and projects.

As an economist, I appreciate Kowal’s description of the cost-benefit equation. Just a year after the crackdown in Tiananmen Square, 1990 was not the best time for collaborative projects between public institutions from the U.S. and China. The U.S. Congress, however, approved the funding for this project in China, partly due to the cost-benefit considerations. From a practical standpoint, this was a bargain for the U.S. The project would have cost much more if it had been carried out in the United States. But the investment was an even bigger bargain when we consider how many children it enabled to grow up healthy and whole. In health economists’ jargon, this is an economic evaluation with a societal perspective that led to positive policy change.

As fine as the book is, there is a drawback for researchers. Many people contributed greatly to the project, and Kowal provides a complete list. But there is no bilingual index of names, something that could pose a challenge to readers interested in knowing more about the Chinese researchers. The Chinese language contains a large number of homophones, and it could be difficult to locate the exact Chinese names if the readers are not familiar with the players.

Despite that minor flaw, anyone interested in learning more about the collaboration between China and the United States in public health will find this book highly informative. Those interested international studies likewise will gain invaluable insights. A reader’s time will be well spent.

Dr. Zhuo (Adam) Chen is a health economist with an expertise in China’s agriculture, labor and health policies. He earned his B.S. and M.Mgt. in Management Science from the University of Science and Technology of China, and his Ph.D. in Economics and M.S. in Statistics from the Iowa State University. His research on China’s agricultural efficiency and labor markets, as well as health inequality and social determinants of health in China, has appeared in China Economic Review, Papers in Regional Science, Social Science & Medicine, Contemporary Economic Policy, and The Chinese Economy. He has served as a member of the Board of Directors of the Chinese Economists Society for two terms (2007-2008 and 2012-2013). He has chaired the China Health Policy and Management Society (CHPAMS) Planning Committee since 2009. In that capacity, he edits CHPAMS’s online journal, China Health Review, and has been promoting health policy and systems sciences with support from the China Medical Board over the past four years.
More articles by the Author »
China Currents Email Updates Sign Up
Recent Articles
China Currents Archive
Copyright © China Research Center | Privacy Policy
Back To Top
×Close search
Search