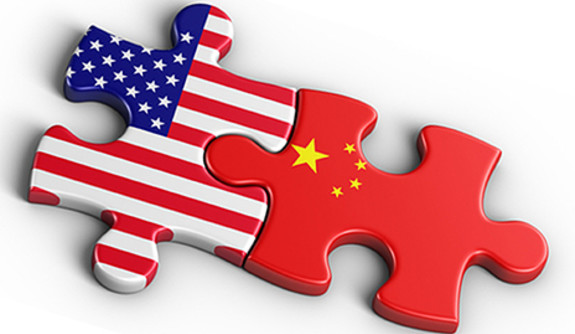 Webinar: Can U.S.-China People-to-People Exchange Stop the Dangerous Slide of the Bilateral Relationship?
9 pm to 10:30 pm US ET, April 21, 2021
9 am to 10:30 am, Beijing Time, April 22, 20210
Click HERE to register for the webinar
organized by The Carter Center and the Intellisia

Judging from the recent statements of China and the United States, the potential areas for cooperation between the two countries appear to be quite broad. Prospective respects for cooperation encompass but not limited to global public health security, climate change and non-proliferation. At the same time, the cultural exchanges between the two sides, which have gone through four years of twists and turns, also need to be rebooted. Of all the drastic reversals of the Trump policies, the Biden Administration has not changed a single Trump policy toward China.

At present, the priority for the two countries is to share empathy with each other, treat the other as equals, and cautiously manage their differences in a constructive manner. The friendship between China and the United States, in no small part, rests on the people. Therefore, the Carter Center and Intellisia Institute jointly hold a webinar tilted “CAN U.S.– CHINA PEOPLE-TO-PEOPLE EXCHANGE STOP THE DANGEROUS SLIDE OF THE BILATERAL RELATIONSHIP?”, bringing a group of practitioners of  people-to-people exchange from both countries to deliberate on this important issue.

While offering their views on the decline of government-to-government relationship between the U.S. and China from Presidents Trump to Biden, participants of this online discussion will focus their discussion on past successes, current challenges and future developments of the bilateral people-to-people exchange between the U.S. and China in the area of public health, media, education and think tank. They will share their thoughts on how the people-to-people diplomacy can stabilize and improve the bilateral relationship that has been an anchor for peace and prosperity for both countries, Asia Pacific region and the world in the past four decades. Dingdinng Chen  is Professor of International Relations, Associate Dean of Institute for 21st Century Silk Road Studies at Jinan University, Guangzhou, China, and Non-Resident Fellow at the Global Public Policy Institute (GPPi) Berlin, Germany; and SAIS at Johns Hopkins Univeristy. He was the Vice-President of International Studies Association (Asia Pacific region 2014-2018). He is also the Founding Director of Intellisia Institute, a newly established independent think tank specialized in international affairs in China. His research interests include Chinese foreign policy, Asian security, Chinese politics, and human rights. His articles have appeared in International Studies Quarterly, International Security, Journal of Contemporary China, Chinese Journal of International Politics, and The Washington Quarterly. He is the co-editor of a book on international engagement with human rights in China. Before teaching at university of Macau between 2009 and 2016, he was a visiting instructor in the government department at Dartmouth College and was also a China and the World Program Fellow at Harvard University. He holds a bachelor’s degree in international economics from the Renmin University of China and a master’s degree and PhD in political science from the University of Chicago. Yawei Liu is the senior advisor on China at The Carter Center and a member of the Council on Foreign Relations. He is also the associate director of the China Research Center in Atlanta and an adjunct professor of Political Science at Emory University. He is the founding editor of www.chinaelections.org which went online in 2002. He launched the US-China Perception Monitor websites [www.uscnpm.org (English) and cn3.uscnpm.org (Chinese)] in 2014. Yawei earned his B.A in English literature from Xian Foreign Languages Institute (1982), M.A. in recent Chinese history from the University of Hawaii (1989) and Ph. D. in American History from Emory University (1996). Dr. Jeffrey P. Koplan was appointed Vice President for Global Health at Emory University in March 2008. He also serves as director of the Emory Global Health Institute, a position he has held since the Institute was established in 2006. Dr. Koplan previously was Vice President for Academic Health Affairs in Emory’s Woodruff Health Sciences Center, a position he held since joining Emory University in 2002.From 1998 to 2002, Dr. Koplan served as the Director of the Centers for Disease Control and Prevention (CDC).Dr. Koplan began his public health career in the early 1970’s as one of the CDC’s celebrated “disease detectives,” more formally known as Epidemic Intelligence Service (EIS) Officers. Since then, he has worked on virtually every major public health issue, including infectious diseases such as smallpox and HIV/AIDS, environmental issues such as the Bhopal chemical disaster, and the health toll of tobacco and chronic diseases, both in the United States and around the globe.From 1994 to 1998, he pursued his interest in enhancing the interactions between clinical medicine and public health by leading the Prudential Center for Health Care Research, a nationally recognized health services research organization.Dr. Koplan is a graduate of Yale College, the Mt. Sinai School of Medicine, and the Harvard School of Public Health. He is a Master of the American College of Physicians and a member of the Institute of Medicine. He has served on many advisory groups and consultancies in the U.S. and overseas, and has written more than 200 scientific papers. Hao Li received his Ph.D degree in management in Scuola Superiore Sant’Anna of Pisa. He is now an associate professor at the Department of Global Health, Wuhan University. Prof. Li’s main teaching and research interests mainly focus on Global health education, governance, and policy development. He organized the editing of China’s first textbook on Global Health Governance, He is the co-founder of China’s first international journal in global health policy “Global Health Research and Policy” and is now serving as the executive Editor in Chief. Besides, he has actively promoted the US-China health collaboration based on global health education and research. He was a CMB visiting scholar to the Department of Global Health, University of Washington (Seattle) in 2017 and later on has served as their affiliated associate professor and co-supervise students together; He also co-supervises PhD students together with colleagues in the School of Health Sciences, University of Manchester. Jamie Horsley is a Visiting Lecturer in Law and Senior Fellow of the Paul Tsai China Center at Yale Law School.  Her project work and research revolve primarily around issues of administrative law, governance and regulatory reform, including promoting government transparency, public participation and government accountability. She was formerly Executive Director of the Yale China Law Center.  Prior to joining Yale, she was a partner in the international law firm of Paul, Weiss, Rifkind, Wharton & Garrison; Commercial Attaché in the U.S. Embassies in Beijing and Manila; Vice President of Motorola International, Inc.; and a consultant to The Carter Center’s China  Village Elections Project. She holds a B.A. from Stanford University, an M.A. in Chinese Studies from the University of Michigan, a J.D. from Harvard Law School, and a Diploma in Chinese Law from the University of East Asia.  She was a Fellow at the Woodrow Wilson International Center for Scholars for 2015-16. Dr. Mabel Lu MIAO is the Co-founder and Secretary General of the Center for China and Globalization (CCG), Deputy Director General of the Alliance of Global Talent Organizations (AGTO), Secretary General of Policy Advisory Committee of Western Returned Scholars Association, and Initiator of Global Young Leaders Dialogue (GYLD) program. One of seven representatives of young global leaders from Northeast Asia met by the King of Belgium; a Munich Young Leader 2020 and Co-Chair of T20 (G20 Summit 2021 Think Tank) Task Force 8. She holds a Ph.D degree in Modern and Contemporary Chinese Studies from Beijing Normal University; a visiting fellow at New York University and Harvard University; a post-doctoral fellow of the Hong Kong University of Science and Technology (HKUS), and a Lien Fellow at Nanyang Technological University (NTU), Singapore. Maria Repnikova is a scholar of China’s political communication. Maria speaks fluent Mandarin, Russian and Spanish.Dr. Repnikova is an Assistant Professor in Global Communication at Georgia State University. This year she is a Wilson Fellow at the Woodrow Wilson Center for Scholar.  In the past, Maria was a post-doctoral fellow at the Project for Advanced Research in Global Communication at the Annenberg School for Communication, University of Pennsylvania. She received her doctorate (DPhil) in Politics at the University of Oxford where she was a Rhodes Scholar. Dr. ZHAI Zheng is an associate professor at Beijing Foreign Studies University, where he has been teaching since 2001. His research interests are in the fields of political communication, American studies as well as translation. He has authored two books, compiled or co-compiled over ten textbooks used throughout China, and published over twenty papers. He took part in the Fulbright FLTA Program in 2005-2006. Between 2018 and 2020, he first served as the Chinese director of the Confucius Institute at the University of Hawaii at Manoa (UHM) and then as a visiting associate professor at the College of Social Sciences, UHM. He is the secretary general of the China Association for Intercultural Communication, and director of Info USA@BFSU, an American Cultural Center supported by the US Embassy Beijing.