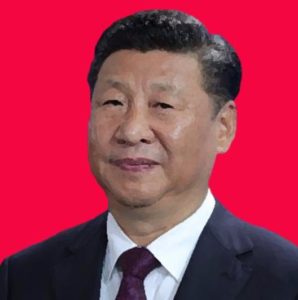 Does President Xi Jinping’s leadership mark the dawn of a newera for China?

In what ways has his rule transformed “politics as usual” in the People’s Republic?

Since Xi’s elevation to General Secretary of the Chinese CommunistParty in 2012 and to the Chinese presidency in the following year, he has pursued policies with far-reaching ramifications. His unprecedented anti-corruption campaign, effort to consolidate authority leading up to the 19th Party Congress, widespread suppression of political dissent, and initiatives to build new linkages between China and global markets are indicative of the momentous nature of Xi’s ascent in Chinese andworld politics. Meanwhile, his nationalist vision has also extended deep into official cultural policy, limiting education in English language and foreign cultures at the secondary and post- secondary levels, while extending patriotic education in the Chinese classical tradition.

From June 26-28, 2019, the China Institute at the University of Alberta will host a group of international scholars to present interdisciplinary and multi-disciplinary research at a conference on the “Xi Jinping Effect” in China to beheld in Banff.

The conference will cover a range of topics. However, papers on the following subjects are of particular interest:

Co-organizers Ashley Esarey and Rongbin Han encourage the submission of abstracts from scholars in any discipline in the humanities and the social sciences, with the aim of revising select conference papers for an edited volume published by a university press. Interested researchers should send abstracts of 400 words or less to christine.bertok@ualberta.ca by January 21, 2019. For questions about the Xi Effect conference or book project, email Ashley Esarey at esarey@ualberta.ca. Notifications of acceptance will go out on February 4. The China Institute will provide participants with lodging for three nights in Banff, meals during the conference, and limited travel expenses, when necessary.