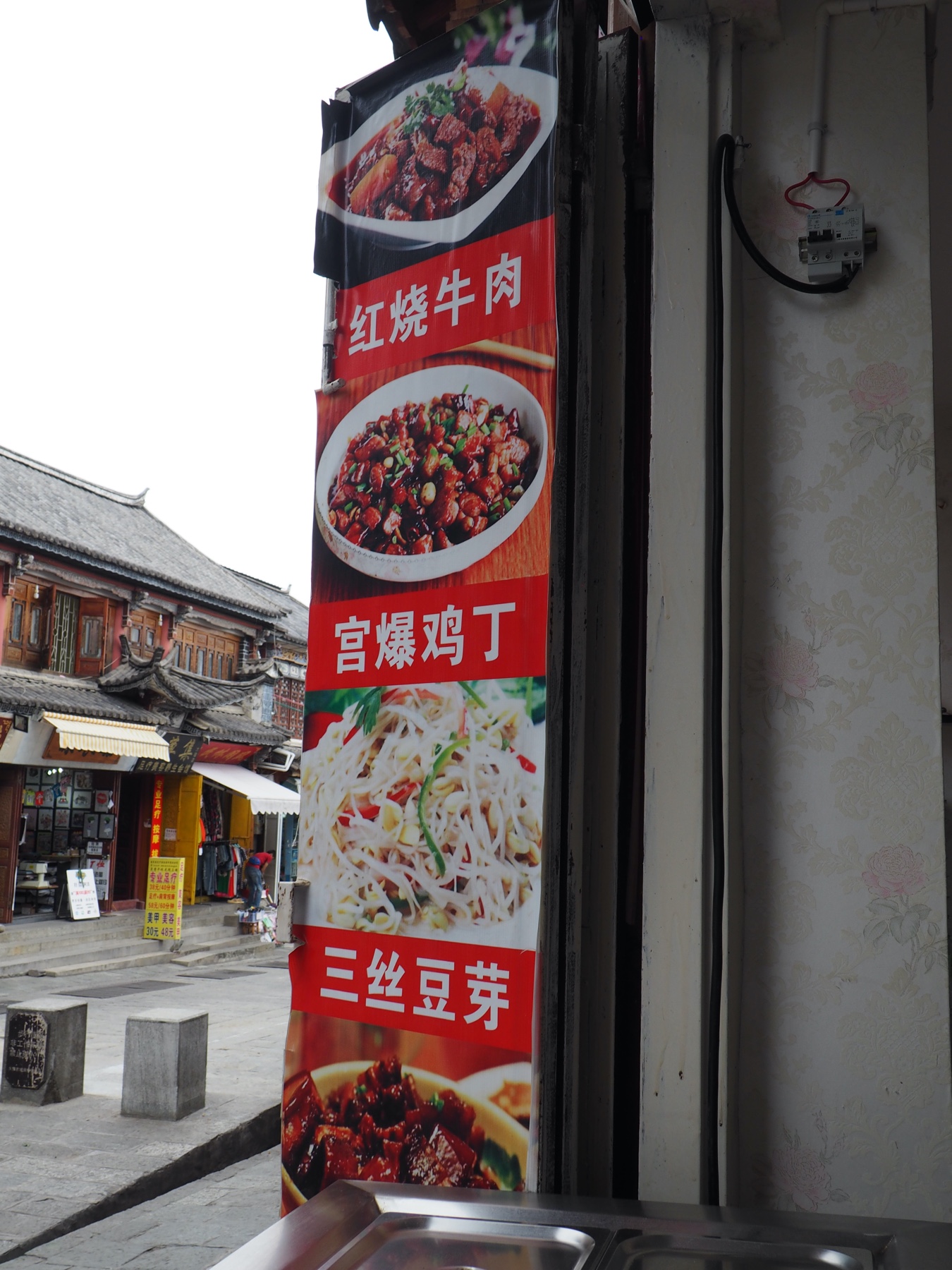 2020: Volume 19, Number 2
1. Introduction
2. Decoupling between the U.S. and China May be as Disruptive as COVID-19
3. Chinese Economy amid COVID-19 Pandemic: Prospects and Policies
4. COVID-19 and changes to the global supply chain – Some observations from China
5. Public Health in China: Bull’s Nose Ring Or Tail?
6. Sino-Ethiopian Relations from Meles Zenawi to Abiy Ahmed: The Political Economy of a Strategic Partnership
7. Discussion with Barry Naughton, January 24, 2020
8. The Chang-Lan Fellowships: Reflections on the Value of Experiential Learning

The COVID-19 pandemic has done more than cause the Chinese economy to contract. It also raised the real possibility of China decoupling economically from other parts of the world and dealt a blow to the China model of development. But there are steps China can take to ease if not prevent the worst effects of the coronavirus emergency.

According to the National Bureau of Statistics of China, Chinese GDP in the first quarter of 2020 declined by 6.8 percent from a year ago as the country battled coronavirus through large-scale shutdowns and quarantines to limit human interactions. This is the first time China has reported a negative growth rate in the first quarter since 1992 – the first year China started to report quarterly GDP data. Manufacture production and fixed investment fell 10.2 percent and 16.1 percent respectively in the first quarter from a year ago. In services sectors, wholesale and retail sales fell 17.8 percent, while online sales of physical goods rose 5.9 percent because people bought more online during the lockdowns. The hardest hit is in the hotel and restaurant sector with a 35.3 percent decline. The consumer price index (CPI) increased by 4.9 percent in the first quarter.

The growth forecast for China and the world economy varies. The IMF projects an average five percent growth rate in the next two years (1.2 percent in 2020 and 9.2 percent in 2021), compared to a -3 percent growth globally in 2020.1 The World Bank is more optimistic, projecting a 5.9 percent, 5.8 percent, and 5.7 percent rate respectively in 2020, 2021, and 2022 for China but a 2.5 percent growth rate for the whole world in 2020.2 Given the importance of China as a manufacturing center in the world and its continued growth momentum, most estimates predict a faster growth in China than in the rest of the world in the near future.

Nevertheless, this pandemic has already posed a tremendous challenge to China and will continue to be so over a long time. Three key factors stand out. First, China faces different challenges in the short run as compared with the long run but is more comfortable with handing the immediate crisis than more difficult but needed structural changes. Second, China’s economy will be hurt by potential decoupling from the global markets. And third, China’s experience of pandemic control does not suggest that China’s system at this point is a viable alternative to the Western democracies and market systems.

The recovery in the second quarter of 2020 will continue to face strong headwind. In the first quarter, production has always been a bit slower during the Chinese New Year holiday, so the effects of the lockdowns on production were muted relative to the effects on demand. In addition, despite the cancellation of some orders, many firms still had some previous orders to fulfill during the first quarter of 2020. The effect of the lack of new orders, especially international orders, will become more obvious starting from the second quarter, except for medical products. Therefore, the downturn in the economy during the rest of 2020 will likely continue. However, China has successfully joined global value chains in many industries and the rest of the world is highly dependent on China’s supply of parts and components, as well as many assembled final products. So, it is unlikely for the rest of the world to decouple with China immediately. In the short term, the Chinese economy will continue to supply the world as a global factory and will likely to do better than the rest of the world.

In the long term, however, China will face more uncertainties depending on the severity of the COVID-19 pandemic. If the rest of the world enters a severe recession, this will hurt the Chinese economy which depends heavily on international markets. Even worse, if the rest of the world forms an alliance against China, attempting to decouple from China by diversifying their global value chains, this will be painful for the Chinese economy. Decoupling is very unlikely if only one country like the U.S. takes actions by erecting trade barriers or withdrawing investment from China because such an attempt will eventually fail if all of the companies in other countries, such as Germany, Japan, and Korea, can take advantage of the cheaper labor in China and compete against American firms globally. However, if major Western economies can jointly take collective actions against China, this will hurt China even if such actions are somewhat against economic principles and the trend of globalization. Even though every country will suffer in the short run, policy makers in the western countries may be able to justify such a decoupling from a dynamic perspective for long run gains at the cost of some short run losses to social welfare. The Chinse government should prepare for the worst scenario and handle this global crisis properly to avoid this.

Unless an effective vaccine is found, the COVID-19 will likely stay for a while. Countries may have to prepare to work around this virus. For China in particular as the most populous country, employment is a national priority. With the sharp declining demand domestically and internationally, it is no longer practical to maintain the previously set GDP growth goals. To ensure an economic recovery and avoid mass unemployment, however, a decent economic growth rate is still needed. To achieve these goals, a set of comprehensive and coherent policies should be in place.

In the short run, a country cannot resume all jobs immediately while the risk of contagion still exists. More effective policy to help those hit hard by the pandemic is probably fiscal stimulus such as direct money transfers to citizens or wage subsidies to firms. At the same time, proper measures should be taken to ensure safety when reopening the economy and extreme caution should be used to prevent systematic risks that may arise during the time with slow growth. This is especially important to China where people and policy makers have become accustomed to fast growth for decades. These risks include but are not limited to financial risks, public, corporate or individual debt crises, inflation, and political uncertainty. In the short run, the Keynesian type of counter-cycle policies can help to address this crisis.

However, these kinds of against-wind policies will not be a proper choice in the long run. Instead, China should continue to push forward structural changes and institutional reforms. Continued efforts should be made to deepen economic and political reform, which has lagged since Xi Jinping took power. On employment, China needs to pay special attention to rural migrant workers who usually travel long distances from home for work, and were hit the hardest during the pandemic. A certain set of safety nets should be established to protect their jobs and health. Otherwise, this public health crisis can turn easily into a widespread social and economic crisis. Given the close ties of the Chinese economy with the world market, China should embrace candid and open-minded policies to rebuild the trust of the rest of the world. A large part of such trust has been lost in the recent several years, and especially so during this pandemic of COVID-19. The constitutional change to a lifetime presidency, increasing reliance on state-owned enterprises, tighter control of the government under Xi Jinping, and widespread nationalism are the true enemies of China.

Finally, what are the implications of this pandemic for the so-called “China model,” which features a heavy hand from government? China took swift actions to lock down cities and quickly controlled the spread of the virus, which contrasts sharply to what happened in the rest of the world, especially the Western world with market economies and democratic political regimes. Many people hail the success of the China approach and some claim its overall superiority over Western systems. This is unfortunately a misperception and may have serious consequences.

The control of contagious disease is a classic example of an “externality” in economics and is often used to explain “market failures.” Because the benefit of contagious disease control to an individual is far smaller than the benefit to the whole society, an individual tends to take less than optimal caution and measures to control its spread. In this case, government can help by forcing people to take vaccines, wear masks, or even tolerate locked downed cities. China’s regime with a strong central government and previous experience with the SARS is well-suited to address these kinds of crises. The same logic works for other types of market failures, including but not limited to public good provision and other types of activities with externalities such as high-speed trains. It is not surprising to see China’s success in these areas and indeed the Western world should learn from China to redesign policies to ensure quicker and more effective responses to these market failures or crises.

However, we cannot simply generalize it to all other areas where market and individual decisions should take control. Many decisions in society involve trade-offs, and no regime is perfect in all aspects. China’s regime does have advantages in some areas over Western democracies, but the inadequate response to this pandemic in the Western countries alone is certainly not sufficient to justify its overall inferiority to China’s regime.3 Such an awareness can help China to deepen the reforms and handle international conflicts. For instance, although the more centralized regime of China does give some advantages to Chinese firms when competing against companies in the Western world, this is not sustainable as shown by the current trade war between the U.S. and China. To fully integrate into the world economy, China will have to embrace more market reforms and institutional changes to ease the tension with the Western market economies, rather than commanding even more control over the economy and society as the current regime under Xi Jinping is doing. China’s economic miracle over the last several decades did not occur because there was more and more control from the government, but rather because of less and less control over time.