How Activism and the Media Can Thrive in China

Throughout its checkered history, the Communist Party of the People’s Republic of China has a shown a distaste for dissent. Acting under the pretense of protecting China’s sovereignty, regulators have sanctioned journalists, censored social media platforms, and deployed the Great Firewall to control and monitor internet access across the entire country. Despite the censor’s best efforts, activism, free speech and opposition still thrive in the world’s largest economy. Learn from top experts on Chinese media, law and civil society how activism survives and occasionally even thrives in China. The discussion will also approach the current relationship between the White House and the media.
Featuring:

By registering, I understand that photos and/or video will be taken at this program, and agree that these materials may be used for promotional purposes.  Please contact the programming team with questions: info@wacatlanta.org.

Free and open to the public

As part of Bin Xu’s second book project, this talk examines how China’s zhiqing (“educated youth” or “sent-down youth”) generation comes to terms with their difficult past in “sites of memory,” such as exhibits and museums since the 1990s. Those sites of memory are where memory “crystallizes and secretes itself” (Pierre Nora), functioning as this generation’s defense mechanism to counter public forgetting and seek public recognition. Yet, the send-down program, in which the 17 million zhiqing were ordered to migrate to the countryside and frontiers when they were teenagers and stayed there for a long time, was politically controversial and socially detrimental. Thus, the beautiful wish of “long live youth” has always been tangled with regrets and grievances as well as pride and nostalgia. Every exhibit or museum walks a symbolic and political tightrope. Xu describes and explains how memory entrepreneurs and dynamics of cultural production fields result in a pattern of representation centered on “people but not the cause” and how such a pattern provokes even more public debates. This research aims to contribute to the literature on collective memory by examining generation as a collective identity reproduced in public genres of memory.

About the speaker
Bin Xu is an Assistant Professor in the Department of Sociology at Emory University. He received his Ph.D. in Sociology from Northwestern University. His first book (The Politics of Compassion: The Sichuan
Earthquake and Civic Engagement in China, Stanford University Press 2017) won the Mary Douglas Prize for Best Book in Sociology of Culture, the Sociology of Culture Section, American Sociological Association (2018), and the Best Book Prize on Asia/Transnational (Honorable Mention), Asia/Asian America Section, American Sociological Association (2018)
He is currently writing a book and a few related articles on the collective memory of China’s “educated youth” (zhiqing) generation—the 17 million Chinese youth sent down to the countryside in the 1960s and 1970s, drawing on the data collected in the last three years, including life history interviews, ethnography, and archival research, to address how members of this important generation interpret meanings of their past difficulties and sufferings in the countryside, how those interpretations are represented and expressed in autobiographic memories, cultural objects, and commemorative activities, and what their memories tell us about this generation’s mentality.
In addition to the book on the Sichuan earthquake, his articles have appeared in leading journals in sociology and China studies, such as Sociological Theory, Theory & Society, Social Problems, The China Quarterly, The China Journal, and so on. He has won awards from American Sociological Association/National Science Foundation and American Council of Learned Societies (ACLS). In 2016, he was selected as one of the 21 Public Intellectuals Program (PIP) fellows at the National Committee on US-China Relations, a prestigious program designed to nurture young China specialists to facilitate mutual understanding between the United States and China (https://www.ncuscr.org/pip ). He also was awarded the prestigious Henry Luce/ACLS Postdoctoral Fellowship in China Studies for the 2017-18 academic year (https://www.acls.org/research/fellow.aspx?cid=623a9a7d-8323-e711-9454-000c29879dd6).

Weddings in Shanghai are often lavish and involve multiple rituals
from early morning tea ceremonies to raucous toasting displays at
evening banquets. However, close observation of the ceremonies
and extended interviews with brides, grooms, and their parents
reveal much more than a competitive display of conspicuous
consumption. Rather close study of the multiple performances of
gratitude and devotion document both the enduring centrality of
filiality and newly intensified vertical ties of affection and
loyalty between parents and their adult only child.

Free & Open to the Public

Forty years ago, China was “under urbanized’; less than 20% of the population lived in towns or cites and that percentage had not shifted for many decades. Today the majority of Chinese citizens live and work in urban settlements and China has more than 160 cities with a population of over one million. Market forces have fueled rapid urbanization but equally decisive has been a radical extension of city boundaries. As a result, urban “spaces” have expanded twice as fast as the urban population. Moreover, while half of the new urbanites are migrants who left their villages to seek their fortune in the cities, half are in-situ urbanites where the “city came to them.”  In this lecture, Deborah Davis first summarizes the macro-level shifts between 1980 and 2015 and then draws on current research to discuss multiple dimensions of “uneven urbanization.”

Deborah Davis is Professor Emerita of Sociology at Yale University and a Distinguished Visiting Professor at Fudan University in Shanghai as well as on the faculty at the Schwarzman College at Tsinghua University.  At Yale she served as Director of Academic Programs at the Yale Center for the Study of Globalization, Chair of the Department of Sociology, Chair of the Council of East Asian Studies, and co-chair of the Women Faculty Forum. Her past publications have analyzed the politics of the Cultural Revolution, Chinese family life, social welfare policy, consumer culture, property rights, social stratification, occupational mobility, and impact of rapid urbanization and migration on health and happiness. 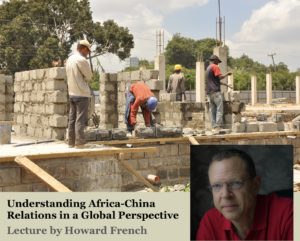 When China began to re-engage with Africa beginning in the mid- 1990s, its focus on economic opportunity on the continent took many outside observers, and indeed most Western countries by surprise. This talk will explain how China’s push to engage Africa flowed from a careful analysis of China’s own strategic needs as it sought to transition from being a center of elementary manufacturing to becoming a global economic power of the first rank. Unlike the United States, which traditionally sees Africa almost entirely as a zone of security risks and humanitarian crises, China paid due attention to the continent’s rapidly changing demographics, to its urbanization, to the emergence for the first time of numerically important African middle classes, and to the continent’s immense need for new infrastructure. The United States and the West generally can learn much from China’s advances in Africa, but in order to do so, they will first need to revise many of their traditional assumptions about the continent’s place in the international system.

Organized by the Institute of African Studies, with support from the Hightower Fund, East Asian Studies Program, Institute for Developing Nations, Office of Global Strategy and Initiatives, and Carter Center China Program.
Image by Paul Wanjau, used under a Creative Commons license.

A longtime foreign correspondent and journalism professor at Columbia University, Howard French is the author of five widely discussed books, including A Continent for the Taking: The Tragedy and Hope of Africa (Knopf, 2004), China’s Second Continent: How a Million Migrants Are Building a New Empire in Africa (Knopf, 2014), and most recently, Everything Under the Heavens: How the Past Helps Shape China’s Push for Global Power (Knopf, 2017).

Our speaker, John Israel, is Professor Emeritus in History at the University of Virginia. He is the author of Lianda: A Chinese University in War and Revolution. The university’s location in Kunming has made this capital city of Yunnan province a second home for Prof. Israel. His part-time residence there has led to this interest in streetside posters, a hobby as he describes it. Those who have heard Prof. Israel speak know that his presentations are both informative and entertaining.

After the forum, those who wish will move on to the Golden Buddha restaurant on Clairemont for a Dutch-treat dinner, where our discussions and visiting may continue. Welcome!

Free and open to the public. The Bullock Science Building is on Dougherty Street to the rear of the campus – Parking is available near the Bullock hall or in the parking deck on McDonough St.

The US-China People’s Friendship Association is organizing this event:  http://www.uscpfa-atl.org/

A Discussion with Dr. Tong Zhao, A Fellow in the Nuclear Policy Program at the Carnegie Endowment for International Peace

Join the Center for International Strategy, Technology, and Policy and the China Research Center as they host Tong Zhao for a discussion China’s nuclear strategy and Chinese views of denuclearization of the Korean peninsula. What is the prospect of the denuclearization of North Korea? How China views North Korea’s nuclear program and will it be possible for China and the United States to cooperate to achieve the ultimate elimination of North Korea’s nuclear capabilities? This presentation seeks to shed light on possible outcomes of the ongoing denuclearization negotiations with North Korea and their security implications for big power relations in the Asia Pacific. It will also examine China’s nuclear modernization programs and what are the driving forces behind such efforts.

Join us at the brand new State Farm Arena and enjoy a discounted ticket offer for Asian Community Night!

Chinese Ideas in the Foundation of the United States

Dr. Hornung will examine the important role the works of the Chinese philosopher and public intellectual Confucius have played for the formation of the political and poetic cultures in the United States.