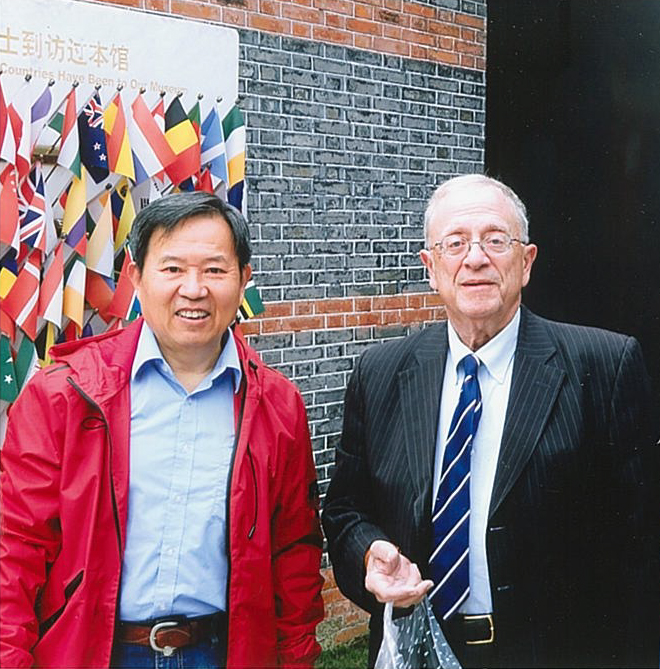 2020: Volume 19, Number 3
1. Editor’s Note
2. Scholars or Spies? U.S.-China Tension in Academic Collaboration
3. A Relationship on a Pipeline: China and Myanmar
4. Business Angels’ Investment Strategies and Organizational Change in China
5. Hongqi: from Mao to Xi
6. Some Unanswered Questions About the Shanghai Jewish Experience

The history of Shanghai and of its Jewish community, in particular, are among the most exhaustively researched topics in modern Chinese and modern Jewish history, with a vast amount of literature in Chinese, Hebrew, Yiddish, Japanese, Russian, German, English, and other languages. The late Hebrew University Sinologist Irene Eber, New York’s David Kranzler, Illinois College’s Steve Hochstadt, and many other scholars have made Shanghai Jewry a major research focus. Is there anything left to be said? Do any major historical questions remain unanswered?  I would suggest there are at least four such questions. They concern Jewish participation in the China opium trade, the perception of Shanghai Jews as Communists, the predicament of many Russian Jews left in China after 1949, and the history of Chinese-Jewish mixed marriages and miscegenation. I will consider these questions in roughly chronological order.

[1] An evaluation of Jewish participation in the China opium trade focuses on Shanghailanders who formally observed the faith of their fathers, notably the city’s long-resident Baghdadis. In 1844, Elias Sassoon of Bombay set up family business operations first in Canton and shortly thereafter, in Shanghai. Sassoon was among the first Jews to engage in the opium trade in Shanghai, and that trade became the financial basis for Shanghai’s Jewish community. Most of opium’s stakeholders, from the growers of the drug to its shippers, supercargoes, and distributors, were fully aware that, apart from small amounts of opium gathered for genuine medicinal purposes, they were handling an addictive, physically debilitating, and socially destructive recreational narcotic. The overworked, largely illiterate Chinese end users employed the drug for immediate relief from arduous labor and most likely were not fully aware of these social complexities.

The economics of the trade have been extensively analyzed by Carl Trocki. We are left with the unresolved question of how Jewish opium traders reconciled their business ethics with broader criticisms of the day.  An anti-opium movement coincided with popular agitation against slavery, which, like opium, was an immoral but wholly legal activity in most parts of the world.  How did Jews respond to criticism of their participation in this physically and socially destructive business?  Did they remain silent and conduct business as usual? Contemporary Jewry needs to come to grips with its associations with the China opium trade much in the way the contemporary United States is in the process of reconciling its historical associations with slavery.

[2] The question of perceived anti-Semitism concerns Shanghailanders of Jewish descent who, unlike the Baghdadis, had minimal formal association with Judaism and instead affiliated with a broad spectrum of Socialisms and other atheistic ideologies.  Here we come across unresolved questions not about what the Jews thought of themselves but of how they were perceived by others.  The British S.I.S. files on Shanghai Leftists are full of what I would call “casual anti-Semitism.”  For example, they commonly assumed that Communists of European origin were Jewish, and often talked about this or that person as having a “Jewish appearance.” The late Israel Epstein, a long-term China resident, citizen and founding editor of China Reconstructs magazine, called this phenomenon “the Jew equals Communist equation.” As but one example, the S.I.S. files, when trying to discover the identity of Hilaire Noulens of Shanghai, said they thought he was Jewish (from Belgium). And they were obsessed with Isidore Dreazen, who had many aliases and who was an American. They said he was Jewish, but we don’t know enough about him to know whether that’s true. We need to keep looking through British and French papers for evidence of the heretofore unexamined phenomenon of “casual” as opposed to “overt” anti-Semitism in Shanghai. [3] A third question concerns what happened to the Russian Jews who remained in China after the mass-exodus of 1949-50. Soviet passport holders were under the effective control of the U.S.S.R. by means of its quasi-official “Soviet Citizens Committee,” headed by Lev Shickman. Like comparable “exit visa” bureaucracies in the U.S.S.R. itself, the “Citizens Committee” could decide which Soviet citizens were allowed to leave China and which were left in limbo.  The Schickmans may have been the last Jewish family to immigrate from the P.R.C.  In 1968, despite overt allegiance to the Soviet Union, they exited via Hong Kong, ignored appeals to return to the “welcoming embrace” of their “Soviet motherland,” and skillfully negotiated passage to Israel. Hopefully the history of the Soviet Citizens Committee will be written by Lev Shickman’s daughter, Tzvia Shickman-Bowman, a professional historian affiliated with the University of London. [4] A fourth question concerns the challenges faced by Jews who attempted to integrate into Chinese society, to the point of miscegenation and/or intermarriage with Chinese.

While Jews as a whole did not generally assimilate into Chinese society, some Jews did intermarry, produce mixed-race offspring, and/or adopt ethnically Chinese children. There are some well-known examples.  Israeli Aluf (Vice Admiral) Eliezer (Eli) Marom (“Chayni”) (Hebrew: אליעזר “אלי” מרום “צ’ייני”), was the Commander of the Israeli Navy in the years 2007–2011. As of 2015 he served as the head of the Israel Airports Authority. His brother Moshe Marom was also a senior officer, a rear admiral, in the Israeli Navy. Their father Erik was a German-born Jew and their mother Leah (originally Chai Li) was born in China, the daughter of a Russian-Jewish woman and a Chinese man who had converted to Judaism. Their parents met when their father escaped to China as a refugee from Europe during World War II. Lev Shickman was twice married to Chinese women and had three mixed-race offspring. But what about the history of lesser-known mixed-race offspring?

Impoverished Jewish prostitutes in Shanghai were available to Chinese men, and vice-versa, and there presumably were mixed-race offspring from these liaisons. Bitter poverty must have driven these women to prostitution, as well as the fact that this profession was so prominent and public in Shanghai. George Sokolsky broke a social taboo by marrying a woman of mixed Caribbean-Chinese blood. The Baghdadi Jewish immigrant Silas Hardoon had a Chinese wife and several adopted ethnic Chinese as well as Jewish children. Israel Epstein and his Caucasian wife Elsie Fairfax-Cholmeley (1905-84) adopted two ethnically Chinese children. After Elsie’s death, Epstein, like Sokolsky, Hardoon, and the American-born Jew and Chinese immigrant Sidney Shapiro, married ethnically Chinese women.

The Jewish immigrant to China and his or her Eurasian offspring or adopted children, while a vital part of the Jewish experience, are beyond the scope of extant literature, with two exceptions. There is a single vignette in Yiddish by Joseph Fiszman, a Polish immigrant active in Der Algemeyner Yidisher Arbeter Bund in Lite, Poyln, un Rusland, commonly referred to as “The Bund.” The German play Fremde Erde (foreign soil), deals with a German refugee woman’s relations with a Chinese man. Beyond these two accounts, what was the history of Chinese-Jewish marriages and liaisons and that of their mixed-race offspring and adoptees?

By way of conclusion, I am not suggesting that these are the only unresolved questions that emerge from a century-and-a-half of Shanghai Jewish history and historical writing.  I am only proposing items for a future research agenda, alongside other issues suggested by other historians. By considering these questions, we will not be wasting valuable time, effort, and resources attacking problems that have already been resolved. We will thereby avoid the pitfall of reinventing the wheel.

Editor’s note: This is the text of a lecture prepared for delivery at the international symposium sponsored by the Shanghai Jewish Refugees Museum, October 23, 2019.

Dr. Jonathan Goldstein, a professor of history at the University of West Georgia, was one of the  scholars who delivered papers at an October 23, 2019 symposium at the Shanghai Jewish Refugees Museum. Dr. Goldstein serves on the museum's international advisory board. The text of his paper is given here.
More articles by the Author »
China Currents Email Updates Sign Up
China Currents Archive
Copyright © China Research Center | Privacy Policy
Back To Top
Search