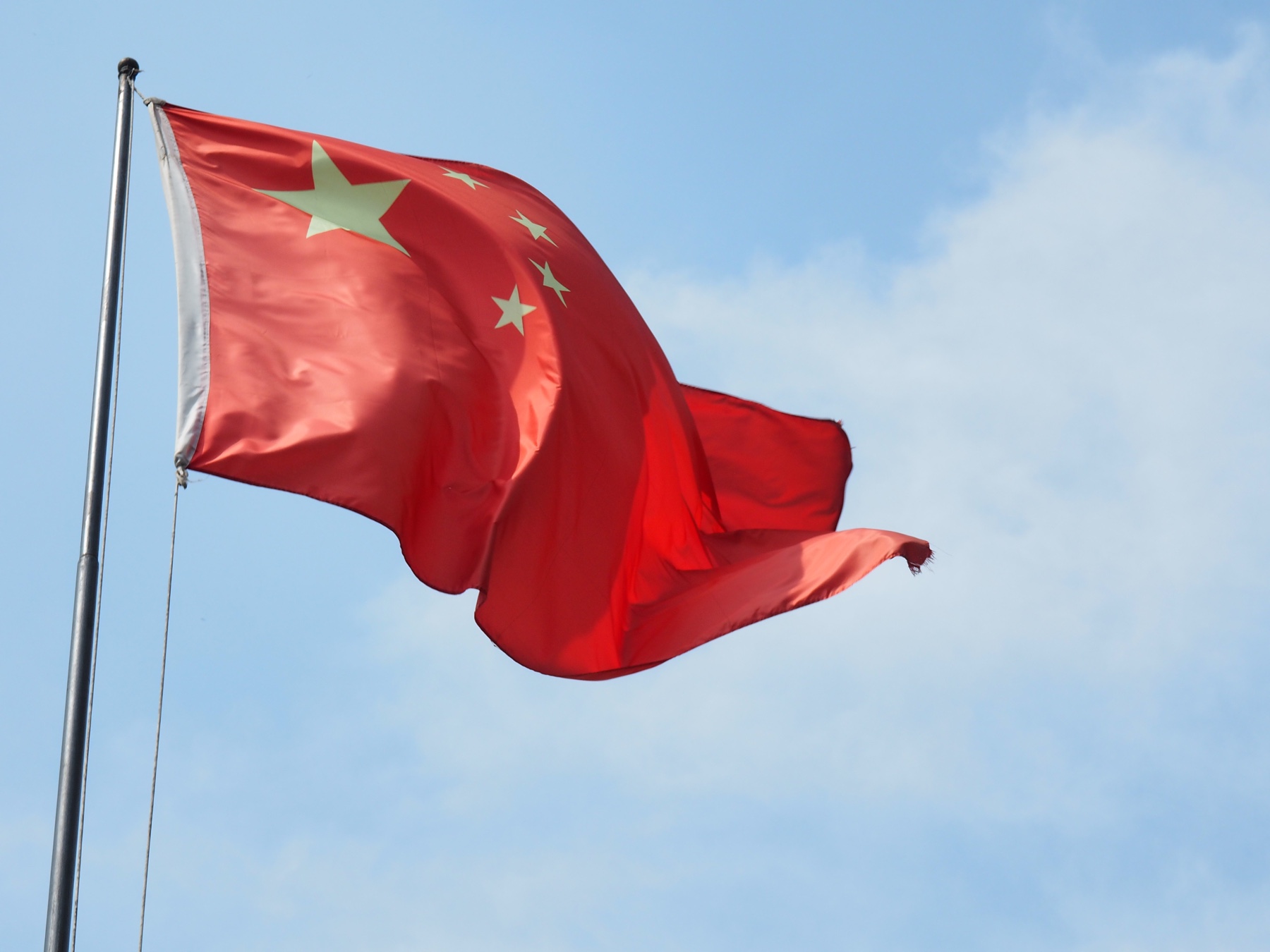 2019: Volume 18, Number 1
1. Special Issue: Introduction
2. Revitalizing the Chinese Party-State: Institutional Reform in the Xi Era
3. A Crushing Tide Rolling to a Sweeping Victory: Xi Jinping’s Battle with Corruption after Six Years of Struggle
4. Market vs. Government in Managing the Chinese Economy: Domestic and International Challenges Under Xi Jinping
5. New Trends in China’s Media Control at Home and Public Diplomacy Abroad
6. China’s Continued War on Air Pollution
7. There Is and Must Be Common Ground between the United States and China

Since the publication of my review of Chinese administrative reform in China Currents five years ago, significant changes have happened in China’s governance system. Most notable is the debut of a new round of comprehensive institutional reform in 2018.

One assessment says the reform is based on “scientific design” and is no less than “an institutional revolution.”1 State Councilor Wong Yong explained the reform plan at 3rd Plenary Session of the 13th National People’sCongress (NPC) in 2018. He said the reform will, among many other things, optimize the functions of the party and the state agencies, which includes consolidating existing government departments and agencies, and improving the efficiency and effectiveness of the overall state decision-making process.2

Prior to this round of reform, China tried many institutional reforms. But none was as comprehensive as this latest one. The reform plan not only includes a reorganization of the administrative governance system, but it also makes important changes in CCP’s central party organizations, the committee system of the NPC and the Chinese People’s Consultation Conference (CPCC), some CCP-controlled national interest groups and social organizations, and most significantly, the military. It appears the reform is intended mainly to revitalize the aging party-state system. Consequently, it has reversed the trends of political reform aimed at separating the party from the state.3

Several recent central and local pilot experiments, such as the “Fuyang Model” and “Shunde Model,” can help us understand the direction of the latest reform.4 The “Fuyang Model” started in Fuyang city in Zhejiang province in 2007. It focuses on establishing multi-departmental coordinating committees to make key decisions. The “Shunde Model,” originated in the Shunde District of Foshan city in Guangdong province in 2010.  It concentrates on consolidating party and government departments that have similar functions. The decade-long piecemeal changes in consolidating administrative responsibilities and forming “super-ministries” also paved the way for the latest institutional facelift.

As early as 2015, the CCP initiated a feasibility study on the new nationwide institutional reform. By July 2017, preparation was accelerated under a directive from Xi Jinping. A plan was quickly drafted and circulated among top CCP party and government leaders as well as leaders in other “democratic” parties.5 After making some important revisions based on feedback from these top political elites, the 19thCCP Central Committee approved a plan on deepening reform of party and state institutions in its 3rdPlenary Session held February 26-28, 2018.6 Unlike many previous experiments, which were mostly local and carried out piecemeal and bottom-up, this round of reform emphasized strong central leadership and top-down implementation. This recentralization of reform leadership is the key element of Xi’s institutional reform.

According to the plan released by the CCP in March 2018, the CCP central leadership committee structure was overhauled. A Central Comprehensively Deepening Reforms Commission, Central Committee for Comprehensive Law-based Governance, Central Cyberspace Affairs Commission, Central Financial and Economic Committee, and Central Foreign Affairs Work Committee were established. These new commissions or committees were formerly central leading groups. The upgrade gives these institutions more prominence and power. The members of each committee usually consist of the heads of the related party and state organs. Therefore, the goal of these committees is to strengthen not only the party’s central coordinating role but also inter-department cooperation and policy consistency.  In addition, a central leading group for education and a working committee for central and state organs were established. Some existing leading groups such as the Central Leading Group for Maintaining Stability were abolished.

One of the highlights of the institutional reform is the creation of the new and powerful National Supervisory Commission (NSC). The NSC functions as the highest anti-corruption apparatus in China. It is tasked with working with CCP’s Central Discipline and Inspection Committee (CDIC) to monitor all government employees who exercise state powers. This includes not just high-ranking officials and civil servants but also managerial employees of the state-sponsored civic organizations, state-owned managerial employees, teachers, researchers, and doctors who work in public institutions. Its legal status is equivalent to the State Council, the Supreme Court, and the Supreme People’s Procuratorate. The former National Anti-Corruption Bureau, the Office Against Dereliction of Duty, and the anti-corruption department of the Procuratorate were merged into this new powerful institution. A new Supervision Law was quickly drafted and adopted by the NPC in 2018, which establishes the legal authority of this new body. The NSC was given a broad range of powers, including asset-freezing, searching, and detainment. Many were concerned about the lack of checks and balances against individuals who work for this new institution, which directly oversees all other public employees.7 In response, the NSC promised to create a set of internal monitoring systems. A quickly adopted amendment to the Constitution authorized the NPC as the supervisory body over the work of the NSC.

From Separation of the Party and State to Division of Labor

The consolidation of several major administrative agencies with CCP’s internal party organizations comes as the biggest surprise to many China observers. In previous decades, the CCP explored a way to separate the party from the state. This reform has apparently been abandoned under the Xi administration. The new approach seems to draw on experience with the “Shunde Model” and geared party-state relations toward a division of labor instead of a separation of powers. Its goal is to institutionalize the party’s leadership in elite recruitment, propaganda, united front, and military affairs.

The consolidation of several key state administrative entities with party organs strengthens the party-state rather than dismantling it. This move has led to widespread disappointment among liberal scholars and Western China watchers. Under this change, the Party Publicity Department acquired the State Administration of Press, Publication, Radio, Film, and Television (SAPPRFT). In the past, the Publicity Department always played an important role in censoring media content. The consolidation gives this party organ absolute control over official propaganda, ideological work, speech, publication, films, and communication media. It also manages the content and screening of websites, social media, and publishing houses. The department is only subject to the guidance of the Central Guidance Commission on Building Spiritual Civilization.

Another major consolidation of party organs with state agencies involves the Department of United Front (DUF). The National Religious Affairs Administration (NRAA) andthe Overseas Chinese Affairs Office (OCAO) of the State Council now become a part of the DUF. The cabinet-level department of the State Ethnic Affairs Commission (SEAC) is also officially merged with the DUF.

To continue the decade-long administrative reform undertaken during the Hu Jintao Era, the latest institutional reform plan also calls for the restructuring of many government departments and agencies within the State Council. The goal is to streamline administrative powers, simplify administrative review and approval processes, and rationalize administrative responsibilities.

Under the institutional reform plan of the State Council, which was approved by the NPC last year, the number of ministries is reduced by eight. The State Council now has 26 ministries or offices.  Several cabinet-level super-ministries are created, and a couple of more brand-new ministries are established. The new Ministry of Natural Resources (MNR) takes over eight new functions from other ministries or agencies. The MNR, which replaces the Ministry of Environmental Protection (MEP), takes over seven functions from other ministries or agencies and broadens its scope and power. The China National Tourism Administration (CNTA) is now a part of the Ministry of Culture and Tourism (MCT). Other new agencies created include China International Development Cooperation Agency (CIDCA), the National Health and Social Security Bureau (NHSSB), and State Immigration Administration (SIA).

Two new cabinet-level ministries are created. One is the Ministry of Veteran Affairs (MVA). The other is the Ministry of Emergency Management (MEM).  China has about 39 million registered veterans.8 Reports of veteran protests in recent years suggested some serious issues with the settlement, compensation, and preferential treatment these veterans received.  The creation of the new MVA is a timely response to these issues. The new “super ministry” MEM will take on disaster management powers and resources that were previously spread over 13 other ministerial departments, thus becoming the single government institution in charge of emergency response, similar to Federal Emergency Management Agency (FEMA) in the U.S. or the Ministry of Emergency Situations (MES) in Russia.9

Despite the magnitude and scope of these changes, central authorities required these unprecedented institutional reorganizations to be completed in 12 months.  All institutional changes and personnel reassignments at the central and provincial level of governments were completed by the end of 2018, and the restructuring and reform of local city and county governments were completed by the end of March 2019. Officials say the NPC revised more than 40 laws to keep up with these drastic institutional changes. At the national level, the reform has affected almost two million people and more than 80 institutions. It represents a total reduction of 18 ministerial-level department and agencies and 107 internal offices within 39 ministerial- level departments and agencies.  At the county and city level, institutional reduction in percentage terms comes to 5.26% and 7.23% respectively.12 Although the refinement and readjustment of these institutions’ responsibilities, internal offices and departments, and staffing are ongoing, the new administrative system has become operational.

Many offices and functions will be consolidated. According to the plan adopted by Sichuan provincial government, each county will establish an Administrative Examination and Approval Authority (or Center) and Bureau of County Management and Law Enforcement. The party and government departments with a similar function will be consolidated into one office.15 Many counties now only keep about 19 county-level administrative departments.

It is too early to assess the effectiveness of these comprehensive institutional reforms and their impact on the administrative governance system. But some trends can be observed clearly. First, as a result of institutional reform, the role of the CCP in government institutions has been strengthened. With the latest call for restoring CCP’s all-around leadership, all major decisions at all institutional levels will have to be approved by party committees in the related departments and agencies, even though the party committees will not be involved in day-to-day public administration and law enforcement. A more coherent leadership core may lead to an improvement of governance efficiency, but it may also hinder the implementation of a system of rule by law. A direct party rule is traditionally more prone to the influence of the rule of men, especially “strong men.”

Second, political centralization has given the national government more control over provincial and local governments. The central leadership core headed by Xi Jinping has acquired unprecedented political power through the new reforms. One possible negative impact will be a significant reduction in local governance and policy innovations. According to China’s own account, the prolonged anti-corruption campaign and the strengthening of the cadre of oversight have already had a chilling effect on the willingness of local officials to take risks in experimenting with new policy initiatives. Morale is low among many Chinese officials.16

For the foreseeable future, the Chinese government will continue to focus on perfecting the new governance system and resolving many new issues associated with merger, acquisition, transfer, and reassignment of administrative authorities. The effort is likely to take years. Only time will tell whether this round of institutional reform will achieve its intended goals.