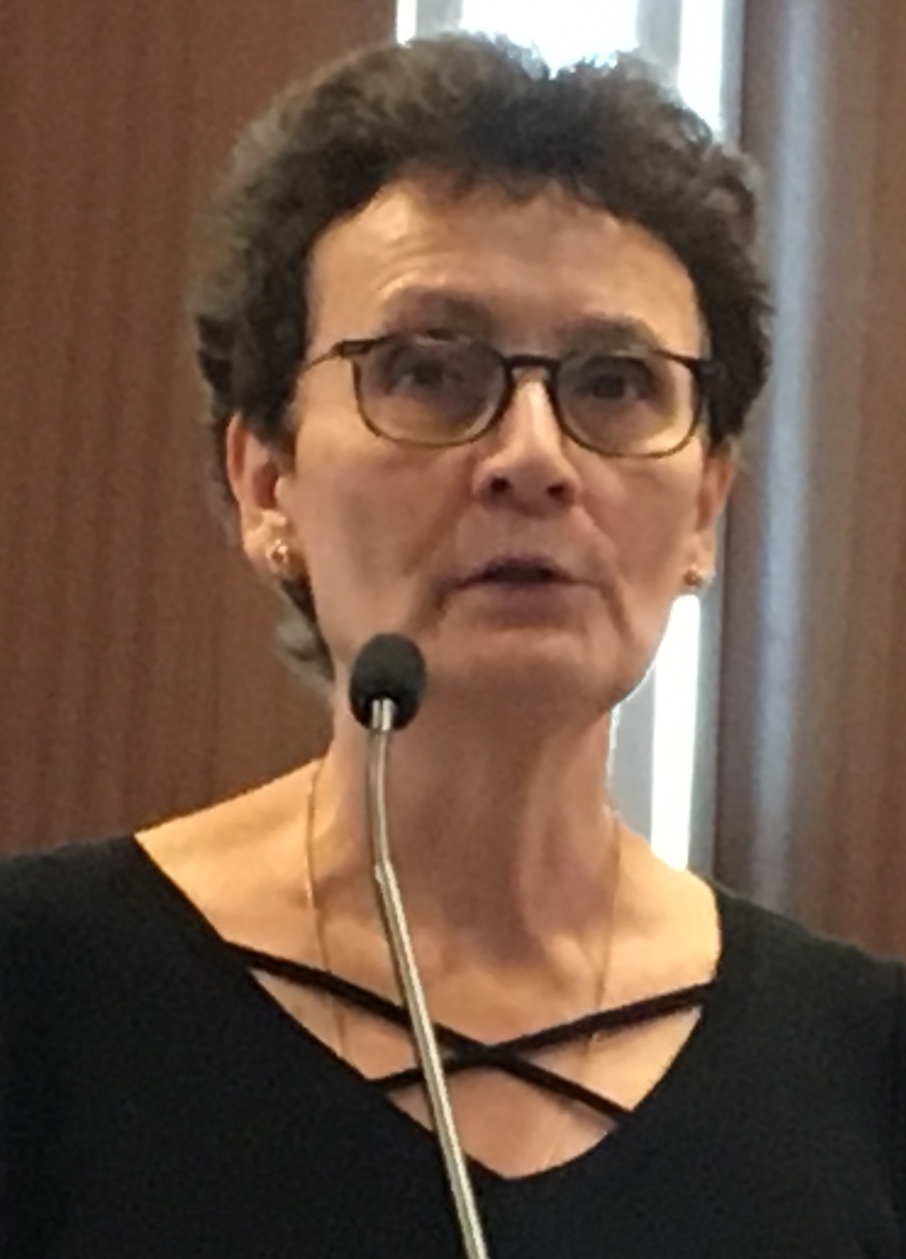 Dr. Deborah Davis is the China Research Center’s 2018 annual lecturer. Dr. Davis is Professor Emerita of Sociology at Yale University and a Distinguished Visiting Professor at Fudan University in Shanghai as well as on the faculty at the Schwarzman College at Tsinghua University. At Yale she served as Director of Academic Programs at the Yale Center for the Study of Globalization, Chair of the Department of Sociology, Chair of the Council of East Asian Studies, and co-chair of the Women Faculty Forum. Her past publications have analyzed the politics of the Cultural Revolution, Chinese family life, social welfare policy, consumer culture, property rights, social stratification, occupational mobility, and impact of rapid urbanization and migration on health and happiness.

This interview is based on a discussion in person and by email between Dr. Penelope Prime, the managing editor of China Currents, and Dr. Davis. The text has been edited for length and clarity.

Dr. Davis, welcome to Atlanta.  We are delighted to have you here and to learn from your expertise. We want to know how a sociologist sees what is going on in China today. The topic of urbanization runs throughout your work. What drew you to this topic and what have been the big takeaways?

I like cities, and I like living in cities. Perhaps if I had grown up on a farm, I would have the same emotional attachment to rural as to urban living; but in my case, cities draw me in. My first job after I graduated from Wellesley was at the Chinese University of Hong Kong and after two years, I became even more attached to high-density living and the cultural variety of urban, public life.  Subsequently at Harvard’s East Asian master’s program, I organized a reading group led by Alex Woodside to explore varieties of city life in East and Southeast Asia. In the mid-1970s when Americans couldn’t live in China, I interviewed PRC migrants in Hong Kong for my doctoral thesis. As a family of three we lived in a tiny 100 square meter apartment overlooking a busy street, and we thrived on the energy and diversity of the city. When I finally could do fieldwork in China in 1979, the Chinese government so severely restricted our geographic movements that we couldn’t even exit the final stop on the Beijing subway. One result was to turn my attention to analyzing the spaces and everyday life in the urban core.

Then after these early restrictions were lifted and Chinese and American scholars developed ongoing partnerships, professional and personal networks reinforced my initial focus on densely settled cities, and in particular on Shanghai. I first went to Shanghai in 1981 and then returned almost every summer between 1984 and 1995, following 125 households whom I first interviewed in 1986 and 1988. Over these 10 years, China took the first steps toward a rapid expansion of the urban population that by 2010 had created 160 cities with more than one million residents.

You have also studied marriage. Is that urban marriage or just marriage generally?

In my first book “Long Lives,” the core question was how the Communist revolution had impacted the elderly and their relations to their families in both rural and urban China. Previously many had assumed that collectivization of the economy and political campaigns against ancestor veneration had destroyed family solidarity.  Drawing on documents and household interviews, I argued that the economic, legal, and health initiatives of the CCP between 1950 and 1976 had actually strengthened family connections because they promoted higher levels of marriage among all social classes, and more sustained interdependence between elders and their surviving sons and daughters than had been the norm during the three decades of war and dislocation before 1949.

What are the big takeaways that you have found over these decades of studying marriage and cities and family relations?

First, I would stress that as a fieldworker focused as often on dynamics of daily life as on broad demographic and structural trends, I rarely can muster big takeaways. That is not to say I never generalize, but the level of generalization tends to be modest and contingent. For example, over the past decade I have focused on how the one-child policy, commodification of property relations, and enforcement of a new marriage law that reduced barriers to divorce have “privatized” the institution of marriage. But simultaneously, I have used focus groups and extended family interviews to probe the refined moral logics by which siblings and divorcing spouses divide domestic property as the party-state has granted individuals more privacy in how they conduct their intimate relationships. By listening to individual voices and placing these conversations within larger institutional spaces, sociologists work to understand both social process and personal agency.

Do you have any observation of youth in China these days?

As you know, currently I’m a visiting professor at Fudan University, and this year I will return for my third faculty appointment at Schwarzman College at Tsinghua University in Beijing.  In these two university settings, as well as in interactions with newly arrived PRC students in the U.S., I get a glimpse into the ambitions and fears of those in their late teens and early 20s. Fifteen years ago, acceptance to university guaranteed a good job upon graduation.  Now after rapid expansion of the tertiary sector, 30 percent of 18- year-old men and women continue their education beyond senior high school. Consequently, the value of a bachelor’s degree has fallen and competition to enter specific majors in elite colleges has greatly intensified. China not only has the largest number of college and university students in the world, but it also has one of the highest percentages of secondary school graduates continuing to tertiary education.  Higher education has become highly stratified, and the pressure on teens and their families is far more intense than for those only 15 years their senior. Therefore, the first thing I would say about “youth” in China today is that most teens in urban centers live in a pressure cooker, and the sorting process begins in the last years of primary school. Those who succeed in these academic competitions and whom I have taught at Fudan, Tsinghua, and Yale are extremely accomplished and ambitious; but even they worry intensely about their future. However, I would also stress that talent stretches across the whole country, and it is not concentrated in one or two megacities. China has no single metropole.

But that is a good thing.

Yes, overall such drive and ambition are good for this cohort and good for China and there is not a single province where one cannot find talent and drive.

You have done a lot of research on the ground over these years.  How have those opportunities and methodologies changed, or not?

Indeed.  When I first went to China in 1979 Chinese officials had no experience with foreign social scientists. Working with the U.N., the government had committed to making the 1982 census meet global standards, but virtually no officials who supervised foreign visitors championed random samples. As a result, until well into the 1980s, sociologists did a kind of “piecework” or what we more formally term “triangulation.” We gathered every shard of evidence from as many sources and angles as possible, operationalized variables in multiple ways, and when the results aligned into a coherent pattern, confirmed or rejected our hypotheses. Today, we still need to “triangulate,” but the methodologies in the study of Chinese society closely resemble those in the study of American society.

I drew my first random sample in 1986, when the Shanghai City Union sponsored me to write about the family life of newly retired textile workers. This project was negotiated at the local level. They had never heard of a random sample, but they wanted scientific methods. Over the next 18 years I went back eight times to that research site. Many of the original respondents had died or moved away. Yet in 2004 I was able to contact family members in 70% of the original 125 households.

The years between 1996 and 2016 represented a golden age. Excellent census data was publicly available, digitized statistical materials were accessible via the internet, and most importantly, many PRC born sociologists were leading research teams. The Chinese census is one of the best in the world and almost every Chinese academic journal can be searched online.  In one day, scholars working from the United States can gather trend data and run regressions that 20 years ago would have taken months to complete.  For example, in 2005 when I wanted to discuss how the government had understood and used the role of consumers after 1949, I spent a few hours with keyword searches of People’s Daily to create the numerical trend and then a week to read all the articles in which the word “consumer” had been linked to discussion of “waste” between 1949 and 2003. To complete such an analysis 10 years earlier, I would have needed to travel to the rare library with a complete run of People’s Daily, lifted every bound set, and spent hours to identify every article which discussed both consumption and waste. It would have taken months and would not have produced results that were as accurate.

What advice would you give to young scholars these days who are interested in studying China?

I am not one to easily give advice, but I would note that the support and recognition for scholarship of contemporary China varies by discipline. Not so very long ago, donors to Yale had raised money to hire an economist who worked on the Chinese economy. Nevertheless, the economics department did not launch a search because most faculty believed that there was no suitable data on China to support frontier research in economics. Clearly, we no longer face the same data restrictions today, but some disciplines still provide more opportunities than others.

So what is your next project?

Currently my primary research focus is a multi-year study of how rapid growth of megacities and the inclusion of 400 million rural residents into urban settlements have impacted family life. I also will extend a 2015-2016 project that studied wedding ritual to understand changing urban kinship ties.

Congratulations! So from your vantage point, just to wrap up our discussion of this wonderful career that you’ve had, what is your sense of U.S.-China relations today?

We are challenged. Short statement.  We are challenged.  But we’ve been challenged before, and I think that the talent and the diverse players on both sides of the Pacific who are committed to the long term give me confidence that the future will be brighter.

So you are overall optimistic?

You have to be. What’s the alternative?  There are many reasons to be pessimistic but there is too much at stake, too many shared interests, to see only the dark side.