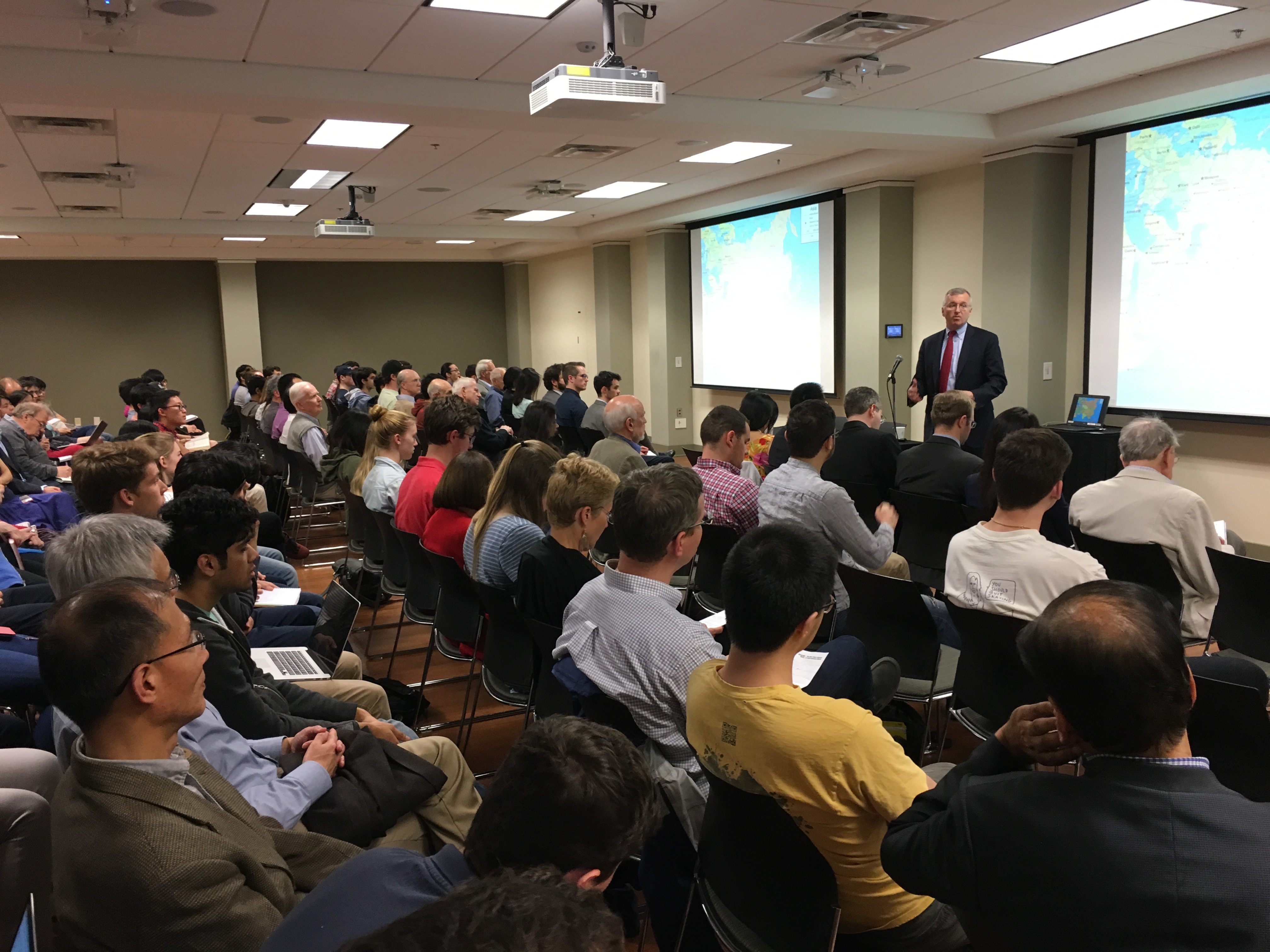 The Center held its annual lecture at Georgia Tech on March 8th.  Dr. Thomas Christensen spoke to a crowd of over 100 attendees about ways to understand China’s rise. Many see China as a rival superpower to the United States and imagine the country’s rise to be a threat to U.S. leadership in Asia and beyond. Dr. Christensen argues against this zero-sum vision. Instead, he described a new paradigm in which the real challenge lies in dissuading China from regional aggression while encouraging the country to contribute to the global order. Dr. Christensen is William P. Boswell Professor of World Politics of Peace and War and Director of the China and the World Program at Princeton University.

In conjunction with the Center’s Annual Lecture, the annual International Conference on China & the World, organized jointly by Dr. Alaister Iain Johnston of Harvard and Dr. Thomas Christensen of Princeton, was held at Georgia Tech on March 9th, and at The Carter Center on the 10th.