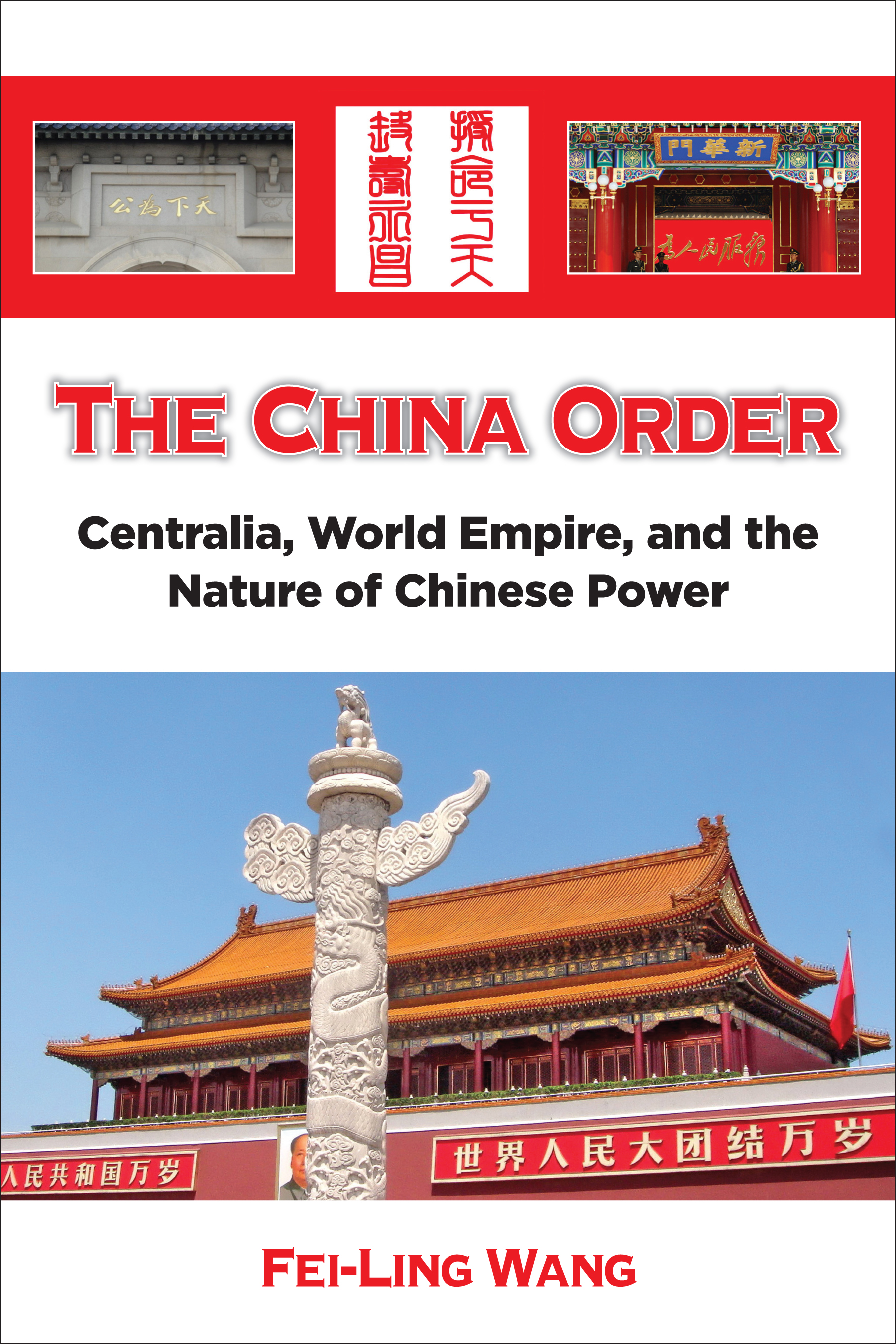 The China Order: Centralia, World Empire, and the Nature of Chinese Power, by Dr. Fei-Ling Wang, will be published by SUNY Press this August.  The study examines the rising power of China and Chinese foreign policy through a revisionist analysis of Chinese civilization.

Summary:
What does the rise of China represent, and how should the international community respond? With a holistic rereading of Chinese longue durée history, Fei-Ling Wang provides a simple but powerful framework for understanding the nature of persistent and rising Chinese power and its implications for the current global order. He argues that the Chinese ideation and tradition of political governance and world order—the China Order—is based on an imperial state of Confucian-Legalism as historically exemplified by the Qin-Han polity. Claiming a Mandate of Heaven to unify and govern the whole known world or tianxia (all under heaven), the China Order dominated Eastern Eurasia as a world empire for more than two millennia, until the late nineteenth century. Since 1949, the People’s Republic of China has been a reincarnated Qin-Han polity without the traditional China Order, finding itself stuck in the endless struggle against the current world order and the ever-changing Chinese society for its regime survival and security. Wang also offers new discoveries and assessments about the true golden eras of Chinese civilization, explains the great East-West divergence between China and Europe, and analyzes the China Dream that drives much of current Chinese foreign policy.

“An original, important, well-researched, and powerfully argued exploration of the virtues and vices of the Chinese state from its ancient past to its likely future.” — Edward Friedman, University of Wisconsin, Madison

“A masterpiece. Wang provides a grand, sweeping, even epic review of two thousand years of Chinese history. His argument is compelling and well documented; the richness and variety of sources—Chinese and English—he cites is breathtaking. The book is likely to end up on the reading list of every serious student of China’s position in the world for many years to come.” — Daniel C. Lynch, author of China’s Futures: PRC Elites Debate Economics, Politics, and Foreign Policy

“This imaginative and provocative grand tour of Chinese cosmological order and geopolitical strategy, past and present, is destined to become a classic.” — Ming Xia, author of The People’s Congresses and Governance in China: Toward a Network Mode of Governance

Fei-Ling Wang is Professor of International Affairs at the Georgia Institute of Technology. His books include Organizing through Division and Exclusion: China’s Hukou System and China Rising: Power and Motivation in Chinese Foreign Policy (coedited with Yong Deng).