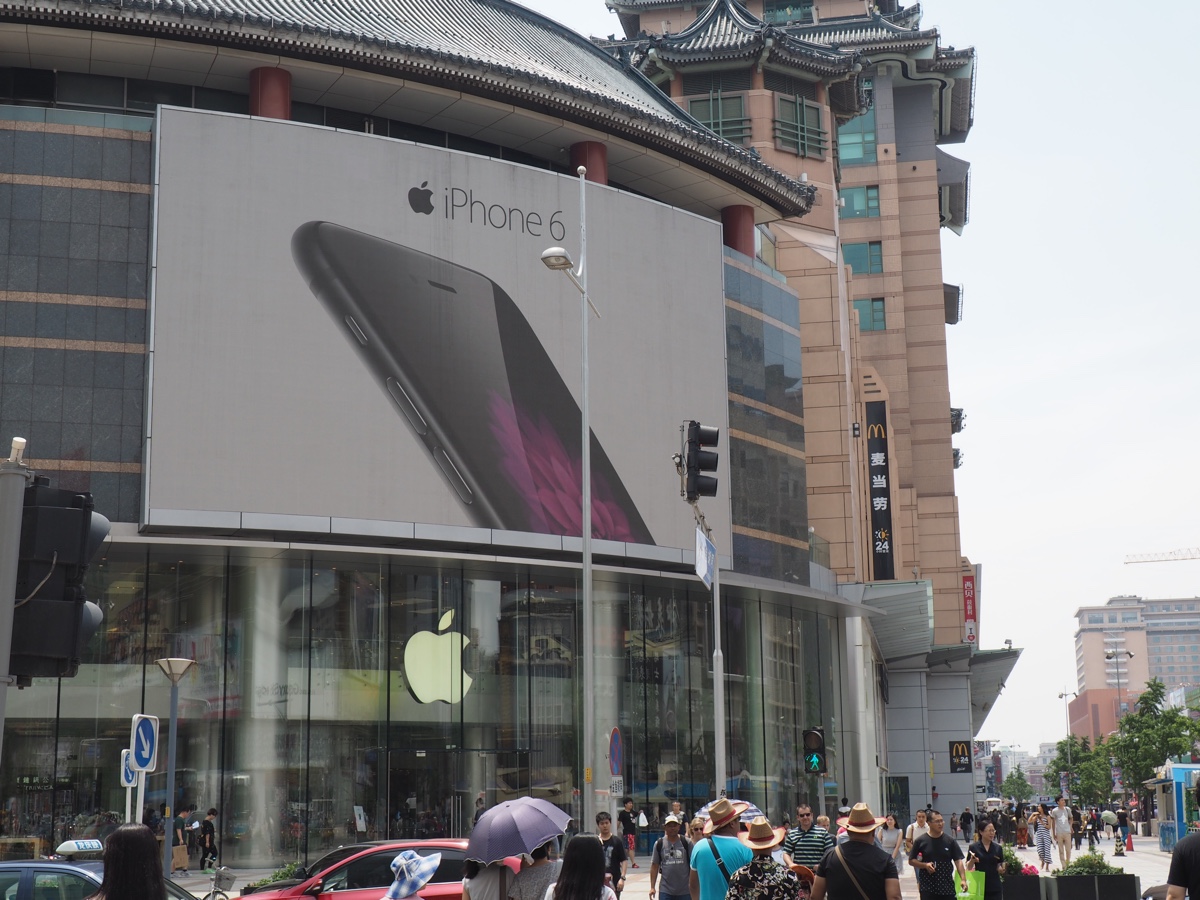 Dr. Penelope Prime, Director of the China Research Center, interviewed Dr. Lei Fang on October 18, 2016, about intellectual property right (IPR) protection in China, and the new trend of Chinese companies investing in intellectual property (IP) and technologies in the U.S.  The text has been edited for clarity and length.

Penelope Prime: Dr. Fang, thank you for sharing your expertise in IPR protection with the China Research Center. We know that many companies investing in China have faced serious challenges with IPR issues because of weak enforcement. As an attorney who has worked a long time on IPR issues, how do you assess the situation in China today, and going forward?  What kind of changes are you seeing?

Lei Fang: In general, both IPR protection and enforcement in China have been improved dramatically. Intellectual property refers mainly to patent, trademark, and copyright. China has fully developed laws governing these three types of intellectual properties, and Chinese patent laws, trademark laws, and copyright laws have all been amended several times since they were enacted. The latest amendment for the Chinese trademark laws was in 2014. I believe between 2014 and 2015, the Chinese copyright laws were amended, too.  Since last year, China is preparing to amend its patent laws for the fourth time. The latest draft was prepared by the State Intellectual Property Office (SIPO) and was submitted to the State Council Legislative Affairs Office for review. A new draft of the fourth amendment may be available for public comments by early 2017.  So we can see that Chinese policymakers are continuously trying to change their laws and make them more compliant with international standards.

With respect to the protection side, China continuously increases its patent application filings both inside China and in other countries through international PCT or Paris Convention filings. In 2015, Chinese innovators filed over a million patent applications for the first time ever within a single year.

With respect to the enforcement side, I actually just discussed this issue with a few Chinese IP attorneys in China the other day. I was informed that China has set up special IP courts to deal with patent and complicated trademark infringement cases in three major cities: Beijing, Shanghai, and Guangzhou. These IP special courts are equivalent to the appellate court level in the U.S., but any patent infringement cases or complicated trademark infringement cases can be filed in these IP courts directly. There are about 20 highly experienced judges in these IP special courts. Each of them must have more than 10 years working experiences in dealing with IP issues. Therefore, the decisions rendered by these judges in the IP special courts should be reasonable and fair, I hope.

With respect to the national/local protectionism, the recent survey indicates “foreign plaintiffs notched a 100 percent win rate in civil cases heard by the Beijing IP court last year.”1 This is very encouraging and good news for U.S. and foreign companies that are doing and/or will do business in China.

PP: So, if you have a problem in Sichuan you can’t go to one of the three courts?

LF: You can, if you (or the company) can show you are doing business in any of those three cities. It’s the same concept as in the U.S.: one must show a “personal jurisdiction” in the selected court.

PP: Do you see these rule and enforcement changes creating less infringement because people who might infringe see that they will get in trouble or more likely get in trouble so there’s more respect for IP today?

PP: It is making a big difference, then?

LF: Yes. China is really trying to switch from “made in China” to “created in China”. The Central government is strongly emphasizing innovations and creative inventions.  Many new policies have been implemented to encourage innovations and technology transfer and licensing.

Many U.S. companies now realize the importance and necessity of obtaining Chinese IPs, and have started to seek Chinese IPR protections, as well as enforcing these IPRs in China diligently. That’s good news. Moreover, for any U.S. foreign companies, before entering the Chinese market, conducting due diligence and product clearance are equally important.  One should know potential competitors, their products and technologies, and whether you have  “freedom-to-operate” (FTO) in China.

PP: Do you mean compliance issues?

In the recent years, due to global collaborations, more and more Chinese companies realize the importance of due diligence and FTO assessment, and have started to consider and conduct such assessments, too.

PP: A lot of Chinese companies are starting to invest in the U.S. Many of them are interested in developing their own technology, buying new technology, and learning so that they can conduct R&D themselves.  What trends do you see in that regard?

PP: And these are Chinese companies in the competition?

LF: No, most of the technologies presented in the competition are from U.S. companies, research institutes, or universities. The Chinese local government on the province or city level sponsors the competition, and could possibly participate in developing the selected “winning” technology.

LF: Either one, in China or in the U.S.; it doesn’t matter. In China, almost every province has, on the government level, set up innovation technology incubation and development centers for companies, particularly start-up companies.

China is also working on facilitating university technology transfer and licensing. Anyhow, China is really focusing on developing and acquiring innovations and advanced technologies in the next five to 10 years.

PP: What kind of areas are priorities?

LF: Technologies related to life sciences are certainly a big interest. China’s pharmaceutical and advanced medical development are behind – not like the IT field.  Others, such as artificial intelligence (AI) technologies, and material sciences – e.g., biomaterials, energy control materials, etc. – are also a focus of China’s interest.

PP: Do you have an example of a Chinese company investing in technology here that you could share with us?  Or is that client privilege that you can’t really share?

LF: I am aware of several Chinese investment companies constantly investing in U.S. companies, and Chinese pharmaceutical companies that are very active in merging with and acquiring U.S. companies.  WuXi AppTec is a good example.

PP: So the company is acquiring that technology here and taking it back to China?

LF: Not necessary, and it depends on many factors dealing with business and market strategies. The focus is licensing the technology for further development and commercialization.

Of course, we have been talking about investing in technologies, but there are many Chinese companies interested in investing in real estate and services like AMC.2

LF: Yes, entertainment and more.  I just saw the news this morning that a Chinese company is thinking about buying GNC, which sells vitamins and supplements.  They are talking about buying a branch of GNC for $100 million.

PP: What is it about firms that tend to be more successful in that regard, especially Chinese firms, or is it too early to say?

LF: I think when a company decides to license a technology, they must conduct due diligence on the technology and the market.  Technology development and commercialization, particularly in the life sciences and biopharmaceutical fields, is a very complicated, long process and involves many players in various stages. Of course, the earlier stage, less investment, but higher risk; the later stage, higher investment, but less risk.  Even after the development stage, there are animal studies, clinical trials for FDA regulatory approvals, because whatever you make in the lab is different from what can be used in the market.

So, it’s very hard to predict, and it depends on many factors. Nothing is guaranteed during the technology development process, particularly in the life sciences. However, if the technology is good and has potential market value, and the company engages the right people to work on it in different stages, then there’s a high probability of success.

PP: In terms of the Chinese companies investing in technology here, what is the breakdown, just a rough estimate, of how many of those companies would be state-owned companies versus private companies?

LF: I think most of them are private companies.  Even if the company is state-owned, it’s probably semi-state-owned.

PP: Is that in life sciences or in general?

LF: In general, I believe 80 to 90 percent are private companies, not state-owned companies.

PP: Thank you so much.

Dr. Penelope Prime was most recently clinical professor of International Business in the Institute of International Business at the J. Mack College of Business, Georgia State University from 2012 until 2020. She is the founding director of the China Research Center and managing editor of China Currents.
More articles by the Author »
China Currents Email Updates Sign Up
Recent Articles
China Currents Archive
Copyright © China Research Center | Privacy Policy
Back To Top
×
Search