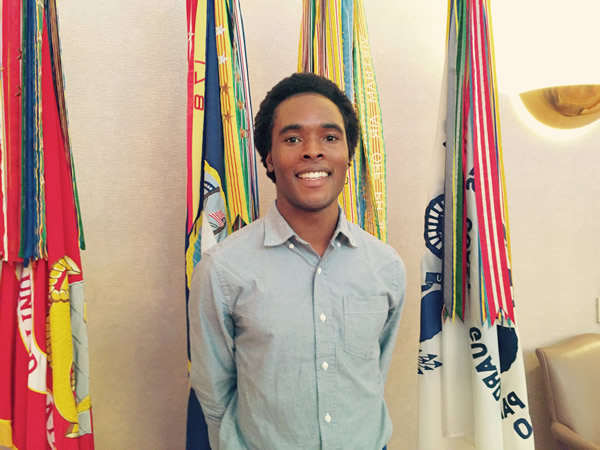 China has amazed the world once again, not with economic growth, but with the closing of its education gap. There has been tremendous transformation in Chinese education over the past three decades. With the elimination of school fees for the nine years of compulsory education, the Ministry of Education reports a near universal primary education rate at 99 percent.

But the figures mask a disturbing reality. The Chinese education system is vastly unequal. Despite the tremendous expansion in education, wide, well-documented differences remain in educational access and quality between rural and urban communities. Rural areas have been left behind.

While academic access for rural children has risen, many students are casualties of the system. Many rural schools lack the outreach necessary to remediate students falling behind or differentiate teaching styles and curriculum for students with learning disabilities or different learning styles. Low-performing students and students with disabilities are simply overlooked and equipped with the tools of failure, guaranteeing them bleak chances for future academic success.

Three years ago, I began a fellowship that brought me to a rural village school in southwest Yunnan, one of China’s poorest areas. As a primary school English teacher, I was exposed to an educational setting far removed from the highly rated classrooms of Shanghai, where assessment is based on an internationally recognized rubric. It was here that I realized I was not in Shanghai anymore. I had an awakening about the real plight of children learning in rural China.

Having just completed a lesson, I called upon a student to assess general understanding. When it became clear that this student did not know the answer, I pointed to the Chinese translation on the board, instructing the student to read the correct response.

After a moment of hesitation and silence, the student stated that he was unable to read. Other students immediately confirmed this claim. I would soon learn that not only was this student illiterate but dozens of other students were as well. I would discover that students also lacked skills in other subjects such as math, with no fewer than 60 out of approximately 900 fourth and fifth grade students scoring zeroes on standardized exams each year.

Nevertheless, these students routinely were promoted to the next grade with the implicit expectation that by middle school, they will drop out.  This is, by far, not a singular experience. Many of my colleagues in nearby village schools witnessed a similar phenomenon.

By accidentally shaming my student, I revealed a larger issue of illiteracy and learning problems that plague many rural schools and a lack the resources and willingness to address the issues. Many underlying factors produced these effects.

China’s strict language education was prohibitive for many students in the village. Classes were taught strictly in Mandarin by teachers often from outside the village, and therefore unfamiliar with the local dialect. I worked in a village where Mandarin was not used much or at all beyond the school grounds. Villagers mostly communicated in their own dialect.  In an environment where Mandarin may not be a first or even second language, many students struggle.

To make matters worse, students with learning disabilities, emotional trauma, and other issues fare even worse. Many of my head teachers would identify these students and suggest I not worry too much about them, stating nothing could be done. With a lack of resources not only to diagnose but also to treat and address such instances, sadly there is very little done to accommodate these students.

There is also a conceptual component. During my three years of teaching, I was consistently advised to focus on high-performing students, who would conveniently be seated in the front of all my classes, and not waste time on tiao pi[1], or “mischievous” students, some of whom had clear learning disabilities or a different style of learning.

Mainstream beliefs hold that certain students possess a stronger proclivity for learning and academic success. Students from poorer and/or non-Han backgrounds are often regarded as underachievers. Resources are focused on high-achieving students to the detriment of low-achieving students.

Accordingly, there are clear structural problems that cause many students to fail. Students are knowingly promoted to the next grade without having grasped necessary core skills or mastering critical knowledge, and many lack basic literacy skills.

China must enact deliberate policies to maximize learning outcomes for all students and incentivize rural school systems and educators to work with all students equitably. Municipal education bureaus should invest in soft teaching resources. Currently, investment is largely devoted to technology, real estate, and materials.

Many rural school systems invest little or nothing in counseling or special education services, despite the fact that research indicates children living in poverty are more prone to suffer emotional trauma and setbacks. Soft teaching resources include creating remediated curricula, training and embedding counseling professionals, and prioritizing the identification and diagnosis of disabilities.

Stanford University’s Rural Education Action Program (REAP) has conducted preliminary research demonstrating how teacher performance pay can improve student achievement under proper implementation. The creation of a rewards system should focus more closely on student improvement rather than student performance, offering higher rewards for low-achieving students than high-achieving ones. Under this system, teacher performance pay is not strictly tied to the final scores of students but rather to their aggregate improvement over a given period. This system assesses teacher effort more precisely and encourages teachers to focus on every student.

Education for rural children is more necessary than ever if economic development in the rural southwest is to start to bear a resemblance to its eastern provincial counterparts. As more rural residents flock to urban centers all over the country, an uneducated population augurs badly for the Chinese labor force. If China wants continued economic development and sustainable growth, it desperately needs a well-educated labor force that is not just concentrated in its urban centers.

[1]    Tiao pi is often translated as “mischievous,” which describes teachers’ view of these students. But the word in this case also carries the connotation that a student is a low performer.

Mark Akpaninyie is a volunteer researcher with The China Program at The Carter Center. Previously, he spent three years as a Fellow with Teach For China and as a lecturer at Baoshan University in Yunnan Province. He received his Bachelor’s of Arts in Public Policy Studies from Duke University.  He can be reached at ubong.akpaninyie@gmail.com.
More articles by the Author »
China Currents Email Updates Sign Up
Recent Articles
China Currents Archive
Copyright © China Research Center | Privacy Policy
Back To Top
×
Search