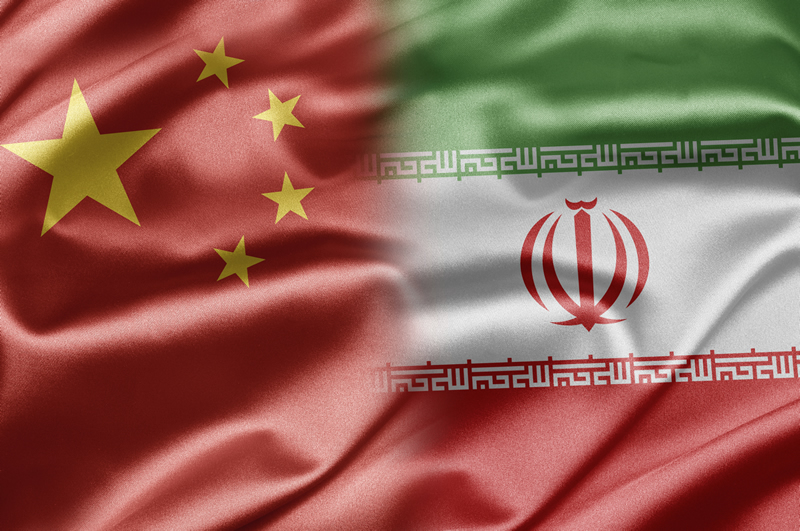 2015: Volume 14, Number 1
1. Editor’s Note
2. Shanghai FTZ: Expectations Have Never Been Aligned With Reality
3. Responsible Sourcing Standards and Social Accountability: Are They Possible in a Global Supply Chain?
4. Mobile Technology in China: A Transformation of the Payments Industry
5. China and the Iran Model
6. An Interview with filmakers Adam James Smith and Song Ting

A 2011 biography of Mohammad Reza Pahlavi, the shah or king of Iran from 1941 to 1979, lays out a number of haunting similarities between Iran’s experience under the shah and the Chinese Communist Party’s rule of China today. Authored by Abbas Milani, the director of the Iranian Studies Program at Stanford University and co-director of the Iran Democracy Project at the Hoover Institution, the 488-page book lays bare the processes leading to the popular uprising that toppled the shah’s regime in 1979.1 The parallels between many of those processes and China’s experience today are multiple and strong, and not necessarily comforting.

The shah ruled as an authoritarian modernizer in the mold of Mustafa Kemal Attaturk or Japan’s Meiji emperor, who used autocratic power to rip a traditional society away from old moorings and hurl it down the path of rapid industrialization, urbanization, secularization, and social mobility. Milani writes:

[In] the last fifteen years of [the shah’s] rule, there had been not only unprecedented economic growth, but unparalleled cultural and religious freedom in Iran. Double-digit growth of the GNP was not the exception but the rule. Iran ranked with Turkey, South Korea and Taiwan as the countries that were industrializing most rapidly and were most likely to join the ranks of developed countries.

The shah’s authoritarian rule fostered substantial and rapid development. The shah was a leader of the effort by oil producing countries to force consuming nations to pay higher prices. He funneled vast revenues from those oil sales into the rapid development of Iran. Between 1962 and 1974 the percent of GDP represented by the industrial sector grew from 11.7 percent to 17 percent. The number of large-scale industrial enterprises grew from 482 in 1941 to 5,651 in 1974. Land reform freed many farmers from heavy traditional burdens, causing many to move into cities. Education expanded greatly. The number of high schools increased from 351 in 1941 to 2,314 in 1974. The number of universities increased from eight in 1941 to 148 by 1974. The process of educational reform stripped the Islamic clergy of their long-traditional control over education. Tens of thousands of young Iranians went to Europe or the United States for advanced study. Women were major beneficiaries of expanded education. By 1972, 65 percent of students enrolled in tertiary education were female. Women were granted legal equality and emancipated in a number of ways. The middle classes and technocratic classes grew rapidly in size as a result of this swift economic development.

The shah saw himself as the sagacious benefactor of his people. These great advances just outlined were demonstrations of that benevolence, in the shah’s view. He expected “his people” to be grateful for the progress and benefits he had conferred on them. The shah, Milani suggests, was “like a traditional Oriental potentate” who believed “society owed him a debt of gratitude for the progress and freedom he had given them.” When the people failed to show gratitude, the shah projected responsibility outward onto insidious foreign hidden hands. What the shah didn’t comprehend is that the Iranian people did not view these gains as gifts of the shah, but as their natural rights, as Milani points out:

What the shah failed to understand was that it was, in fact, the democratic aspirations of the Iranian people that begat the [opposition] movement against him and that, ironically, his own social and economic policies of the 1960s and 1970s helped created the very social forces — particularly the middle class and the new technocratic class — that united to overthrow him.

The advances and benefits delivered under the shah’s rule did not fundamentally legitimize his authoritarian rule.

The CCP today, like the shah in his era, legitimizes its authoritarian rule by appealing to the economic and social benefits its rule has wrought: high rates of economic growth, economic opportunity, increases in standards of living, expanded educational opportunities. That approach did not work for the shah. Will it work for the CCP in the long run? The Iranian people wanted not only higher living standards, though, of course, they wanted those. They also wanted political freedom and democracy. The shah’s ambitious and largely successful development efforts greatly strengthened two key groups that turned critically against him: a large urban middle class and a new technocratic elite essential to large-scale industry. There were other important elements of what eventually became the revolutionary coalition in Iran: bazaar merchants, the urban poor, radical clerics, Marxist groups, and some nomadic tribes. But according to Milani, it was the middle class and technocratic elite that the Shah could and should have won to support his rule if he had only undertaken transition to constitutional monarchy.

Liberalization in many areas of culture and religion — but not in politics — is another similarity between the shah’s Iran and China today. During the 1960s and 1970s Iranian arts of all sorts — literature, cinema, dance, architecture, and sculpture — enjoyed unprecedented freedoms. There was a virtual effusion of cultural creativity. Old taboos on social relations were eased greatly. Religious freedom waxed. Baha’i were freed from previous persecution and Iranian Jews enjoyed “a golden age.” Only in the area of politics was there greater repression. There was freedom for everyone but the political opposition. They were repressed with vigor. In China today the cultural creativity is striking to anyone who travels the land: in painting, sculpture, literature, cinema, dance, music, architecture. Yet in China as in Iran under the shah, artists, authors, or lawyers who sign open letters, manifestos, or petitions to the government are likely to find themselves hounded and imprisoned. Can human freedom really be compartmentalized?   In Iran cultural freedom fed expectations of political freedom.

Milani outlines another aspect of the shah’s Iran and China today: dual and conflicting identities between, on the one hand, a desire to integrate into the “global march of modernity” and, on the other hand, an “authentic self” rooted in non-globalist traditions (in Iran’s case Islam and imperial tradition). “Modernity” includes, for Milani, a political system based on the consent of the people governed and protection of the natural rights of citizens to participate in politics, the collective self-government of citizens. Since a constitutionalist revolution of 1905 the Iranian people have sought to secure the blessings of modern political liberty for themselves and their posterity. That struggle continued into the 1970s and culminated in the ouster of the shah in 1979. Had the shah been willing to transform his monarchy during the 1970s into a constitutional one, allowing politicians selected by democratic elections to run the government — if the shah had been willing to reign but not rule as the 1906 constitution envisioned — the Pahlavi monarchy might have survived, or so Milani suggests. Instead, the shah increased repression of the opposition and strengthened his own personal control over government. The middle class and the new technocratic classes wanted the political freedoms they knew were common elsewhere around the world. As it became apparent the shah would not accept modern political freedoms, these urban classes gravitated increasingly to radical Islamic clergy, who offered a seemingly modernized version of Shiite Islam accommodating modern political freedom.

Again the similarities with China are many and marked. China, like Iran, is torn between embrace of global modern political norms (the self-defensively CCP dubs those norms “Western”) and more authentic, non-globalist political forms rooted in China’s distinctive tradition — Confucianism, the Imperial era, Marxism-Leninism-Mao Zedong Thought. China’s 1911 revolution, like Iran’s 1905 revolution, sought to establish modern political institutions. Though both efforts failed in large part, popular movements for that same objective have punctuated China’s modern history, as they have Iran’s. It can even be argued that anti-democratic minorities hijacked attempted democratic revolutions of both countries. In the several years after 1945, the popular uprising that toppled Chiang Kai-shek and brought the CCP to power rallied behind a banner of “new democracy” that called for free elections and an end to “one-party dictatorship,” censorship and political imprisonment. Once in power, however, that democratic camouflage was discarded and Stalinism imposed. In Iran, Islamic clerics paved the way to embrace of Ruhollah Khomeini as leader of the revolution by popularizing what seemed to be a modernized version of Shiite Islam. Khomeini in the critical months of 1978 masqueraded adroitly as a democrat, a believer in women’s rights and secular government, who had no desire himself to rule. He made no mention of his doctrine of Islamic theocracy. His publications containing his advocacy of that doctrine were unavailable because the shah had long suppressed them. Khomeini passed for a modern man — until power was in his hands. Might Chinese groups seeking a Fifth (political) Modernization someday in the future be once again tricked by extremist groups masquerading as democrats? Where might that take China?

Another similarity between the shah’s Iran and today’s China is the interweaving of a strong sense of national humiliation and belief in a vast international conspiracy as the cause of that humiliation. By the 20th century the once powerful Persian empire had come under the domination of Russia or Britain. This produced Iranian “souls humiliated by a sense of historic defeat — at the hands of the Russians, the West, Fate….” The shah claimed that his reforms, combined with the vast military power he acquired for Iran, was wiping out Iran’s humiliation and establishing Iran as a world power. This view of historic loss combined with a sense of individual powerlessness to produce widespread belief in conspiracy explanations of Iran’s woes. Iranians widely believed that the United States, Britain, or the Soviet Union were the real masters of events in Iran. Milani puts it this way:

A people who have lost faith in their messiah but have yet to reach social mastery of their own fate need conspiracy theories to assuage their anxieties and satisfy their existential human urge to have a narrative explanation — a history of their lives and what has befallen them.

Thus when the Carter Administration began stressing the human rights shortcomings of the shah’s regime in 1977-78, the conspiracy mentality of many Iranians led them to conclude that the American masters of Iran had decided to get rid of the shah, and this sense of his new vulnerability gave a fillip to Iranian opposition to the shah’s regime.

In China, of course, the claim to ending and wiping out the stain of the century of national humiliation is at the core of the CCP’s claim to legitimacy. Embrace of this ideational complex is widespread in China, as is the notion that the Americans or some other malevolent power is working to encircle, contain or split China, deny it its rightful position of respect and eminence, working to overthrow China’s government casting it into anarchy and civil war, and so on. In Iran this sense of humiliation of conspiracy combined to help lead the Iranian people away from the political liberty many of them sought.

The most striking difference between Iran under the shah and China today involves, of course, Islam. The shah viewed middle class nationalists and Marxists as his most dangerous opposition, and regarded the Islamic clergy as a bulwark against Marxism and the Soviet Union. The moderate clergy was left free to propound its views and organize a network based on mosques. There seems to be nothing comparable in China. But China today possesses one artifact absent in the shah’s Iran: autonomous nationalist movements which on the one hand pressure the government on foreign affairs, but on the other hand are controlled by the state and serve to vent opposition anger and legitimize the regime.