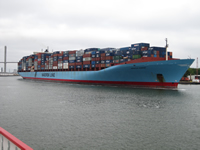 The Trans-Pacific Partnership (TPP) being currently negotiated by eleven economies from both sides of the Pacific is an exceptional trade agreement in its ambitious coverage of issues and the emphasis on new regulations.1 However, the agreement could reorganize the regional trade architecture of the Asia-Pacific area by engineering a strategic economic division between the U.S. and China. This paper examines the U.S. and China contexts to argue that a division is not inevitable, but is increasingly likely.

‘WTO Plus’ and ‘Behind-the-Border’ Issues

The TPP is discussing not only ‘WTO plus’ issues, that is issues involving further scaling-up on commitments already made by countries at the WTO, but also ‘WTO extra’ subjects that are beyond the WTO’s current mandate.2 The ‘WTO plus’ matters being discussed include wider and deeper elimination of tariff barriers between negotiating members, removal of technical barriers to trade (TBT), deeper commitments in cross-border trade in services, framing new intellectual property (IP) rules and rules of origin for determining value addition, market access in textiles and apparel, and trade remedies for addressing rights and obligations of members. Environment and labor standards, government procurement, competition policy, customs laws, e-commerce, and financial services are the ‘extra’ issues. The TPP is also aiming to achieve regulatory convergence among members. The convergence is expected to facilitate seamless movement of goods and services among the members by minimizing obstructions created by differences in domestic regulations that are ‘behind the border’ factors adding to trade costs and affecting competitiveness of exporters and their market access prospects.

The TPP’s ambitious and expansive scope has much to do with the strong U.S. commitment to the framework. The commitment is being driven by several factors. The TPP provides the U.S. the template for a regional economic and trade framework that can be the benchmark for other future regional agreements involving the U.S.These agreements, like the TPP, can accommodate more ‘WTO plus’ issues, as in several U.S. PTAs, in line with the comparative advantages of the U.S. A TPP negotiated successfully on these lines will help the U.S. in digging a deeper foothold

in the Asia-Pacific in areas of its specific comparative advantages, such as trade in digital and entertainment products, and contribute to revitalization of its domestic economy by increasing exports and creating new jobs. The TPP can also help the U.S. in increasing its economic presence in an Asia-Pacific that is heavily interconnected through a dense network of bilateral PTAs, most of which do not feature the U.S., and are dominated by ASEAN, China and Japan.

The Chinese Perspective and Counter-Response

Various implications of the agreement are also becoming critical for China. From a larger geostrategic perspective, the TPP can arguably be perceived as a U.S. effort to ‘ring-fence’ China. The perception stems from the negotiating members including U.S. political, military, and strategic allies such as Australia, Canada, Japan, Mexico, and Singapore. Vietnam’s presence in the TPP is a further irritant for China. China’s discomfort with the agreement is also due to its emphasis on the ‘WTO plus’ issues on which many of its views are radically different from the U.S. and other OECD economies. China’s domestic regulations on IP and government procurement, for example, hardly come close to those likely to be adopted by the TPP.

These hostile impressions on the TPP in China coexist with alternate pragmatic views arguing that entering the TPP can be economically beneficial for China by blocking the potential diversion in trade and investment following the formation of the TPP. China’s joining the TPP in the long run, however improbable it might appear now, is at least a hypothetical possibility given that the TPP is likely to have an open annexation clause allowing other APEC economies to join.

The TPP has provoked responses from the Asia-Pacific by activating parallel regional integration efforts. These efforts in the Asia-Pacific are typically distinguishable between Trans-Pacific efforts involving the U.S. and Asian efforts excluding the U.S. Both tracks have proceeded independently with the Asian track, or the Asia-centric approach to integration, aiming to combine regional economies through initiatives such as the East Asian Summit (EAS) and ASEAN+3. The Asian track assumes the centrality of ASEAN in a hub-and-spoke model of integration. The latest effort in the Asian track is the Regional Comprehensive Economic Partnership (RCEP) announced in November 2012, for bringing together all Asian economies with whom ASEAN has bilateral free trade agreements (FTAs) into a composite framework. Comprising ASEAN, Australia, China, India, Japan, New Zealand and South Korea, the RCEP has been enthusiastically endorsed by China.

China, most probably, views the RCEP as an opportunity for balancing some of the strategic and economic losses inflicted on it by the TPP. The RCEP has a significant economic size and presence in global trade. Its share in global GDP measured in purchasing power parity (PPP) terms is 33.6 percent, which is larger than the corresponding share of 26.1 percent for the current 11-member TPP group. The TPP’s share will increase to 34.4 percent of global GDP (PPP) with the inclusion of Japan, South Korea, and Thailand. On the other hand, the TPP currently accounts for 20.7 percent and 20.9 percent of global merchandise and commercial services trades respectively. While these shares will also increase substantially with the joining of Japan, South Korea, and Thailand, at this point in time, the RCEP has a larger presence in global trade with shares of 27.7 percent and 22.5 percent in global merchandise and commercial services trades.

China will be comfortable negotiating the RCEP since the agreement is expected to evolve by imbibing key features of the Asian-track negotiations that China is familiar with. Unlike the TPP, the negotiations are expected to be non-binding and voluntary. The TPP and the RCEP are also likely to differ in structural characteristics, which would reflect features distinguishing the bilateral FTAs of the U.S. from those of ASEAN. As noted earlier, U.S. FTAs have relatively greater focus on ‘WTO plus’ issues such as NTBs, e-commerce, government procurement, investment, services, labor, and environment. ASEAN FTAs have much less focus on these issues and are more ‘accommodating’ toward members by granting special and differential (S&D) provisions allowing greater flexibilities in phased tariff reductions. China (as well as India, the other major regional economy figuring in the RCEP, but not in the TPP) is more comfortable with not only less emphasis on ‘WTO plus’ issues, but also the flexible ,non-binding approach of the Asian track. In this respect, it is happy to accept the centrality of ASEAN in the RCEP negotiations. Along with the RCEP, it is also participating actively in other Asian-track integration efforts such as the trilateral FTA with Japan and South Korea for maintaining its strategic presence and market access in the Asia-Pacific.

The progress on the TPP negotiations, and the counter-response produced by the TPP through the RCEP, are reorganizing the trade architecture of the Asia-Pacific into distinct blocs based on specific negotiating templates. These blocs are also reflecting the strategic economic interests of the U.S. and China.

With the RCEP negotiations under way, progress on both the TPP and the RCEP might be influenced by each other. Overlap of issues at both negotiations is unavoidable, given the presence of the common members (Australia, Brunei, Japan, Malaysia, New Zealand, Singapore, Vietnam, and possibly South Korea and Thailand in the future). The roles of these members will be crucial in determining whether the two frameworks will converge in the future or remain separate and irreconcilable. The common parties might visualize both as different means for achieving the same end of a pan-regional Asia-Pacific free trade pact.3 The eventual progress on the TPP and the RCEP, depending on whether it follows a mutually inclusive or exclusive course, will also determine whether the Asian and Trans-Pacific tracks can assimilate to produce a common path for economic integration in the Asia-Pacific.

At present, though, the possibility of such convergence appears limited. This is not only due to different templates of the two agreements and the TPP’s greater emphasis on ‘WTO plus’ issues and regulatory coherence. The low possibility of convergence is also due to the contrasting geostrategic perceptions of the TPP and the RCEP. These perceptions are coloring them as alliances that can be strategically manipulated by the U.S. and China. If these perceptions become stronger, the Asia-Pacific might witness more intense trade-driven strategic competition between the U.S. and China to mold the TPP and RCEP into templates accommodating their specific economic interests and comparative advantages.

The TPP is already experiencing the U.S. influence not only through coverage of ‘WTO plus’ issues, but also the emphasis on cementing regulations strengthening and sustaining its comparative advantages, through measures such as stronger protection for IP and greater market access in government procurement processes of member countries. Similar dominant influence exerted by China on the RCEP (if any) will become known only over time as the negotiations are still at an early stage.

Unlike the U.S., which as the world’s largest exporter of commercial services is keen on entrenching its comparative advantages in the TPP accordingly, China is expected to focus on consolidating its comparative advantage in manufacturing through the RCEP. China’s economic relationship with several ASEAN members as well as with other major RCEP economies such as Japan and South Korea is unique in that it imports large quantities of intermediates, parts and components from these countries, which are processed and assembled in the mainland, and exported to third country markets such as the U.S. and Europe. These regional supply chains have been vital for the Chinese economy. It is imperative for China to utilize the RCEP for sustaining these supply chains given that the TPP is likely to create a different trade space in the Asia-Pacific with new trade regulations and exclude China.

It is evident that the TPP will substantively influence the trade architecture in the Asia-Pacific through its regulations and geo strategic implications. The possibilities of new trade templates such as the TPP and the RCEP, and their rules, becoming major sources of strategic antagonism between the U.S. and China in the economic turf of the Asia-Pacific is not a foregone conclusion but can hardly be ruled out.

Amitendu Palit is Senior Research Fellow and Head (Partnership & Programme) at the Institute of South Asian Studies in the National University of Singapore.