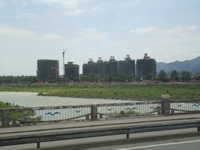 Urbanization has been the new buzzword in China ever since the opening of the 18th National Congress of the Communist Party of China (NCCPC) in November 2012. Former President Hu Jintao’s report outlined the tremendous growth in China since economic reforms started more than 30 years ago. For example, China now has the second-largest economy in the world. In 2012 its per capita GDP reached USD$6,100 (National Bureau of Statistics 2012).

However, this rapid economic growth has also produced an array of social and economic problems. One of the most serious and acute is the gap between rural and urban development. This gap is reflected not only in personal income. The ratio between urban and rural per capita GDP has risen from 1.85 to 1 at the beginning of the reforms to 3.1 to 1 by 2012 (see Figure 1). The gap is also reflected in the inequity of public services and government-offered benefits such as education, health care, and social security. These inequalities have negatively influenced household consumption (Qi and Prime 2009). Even though more rural residents migrated to cities for higher-paying jobs, this vast population of migrant workers still has significant barriers in accessing urban public services, which do not typically accommodate rural workers without the official urban “hukou” (city residence permit).

The 18th NCCPC recognized the importance of improving the livelihood of all Chinese people and adopted urbanization as its main strategy for achieving this goal. Urbanization was not a new term for the NCCPC. However, in the past it mainly referred to a means to coordinate and balance regional developments. The new report of the 18th NCCPC reframed urbanization and emphasized the term — together with industrialization and agricultural modernization— as key factors for adjusting China’s economic structure and developmental model. This initiative stirred both optimistic support as well as strong opposition.

1) Transfer surplus rural labor to the cities. China faces an aging population and potentially a less-than-adequate labor supply for future economic growth. As Meng notes, since the late 1970s the government has included rural-to-urban migration in its set of tools to combat high rural unemployment (2012, p. 76). Currently about half of China’s population lives in urban areas (Bloomberg, 2012), though not all of this population actually has official permission to live there. Both of these numbers are far below those of developed countries. More urbanization will thus transfer rural surplus labor to urban areas, providing a supply for labor-intensive industries.

2) Increase consumption and investment. Urbanization will promote the construction of basic infrastructure, such as housing and public facilities, thus supporting demand-driven growth while lowering China’s reliance on exports. A recent report by the Academy of Macroeconomic Research of the National Development and Reform Commission shows that each new urban resident will lead to an average increase of 100,000 Yuan (about USD$16,200) in government investment for public facilities, including water, electricity, roads, housing, heating, health care, education, employment, and social security. Similarly, each rural resident is expected to bring an increase of 10,000 Yuan (about USD$1,600) per year in consumption in the urbanization process (Huo, 2013).

3) Promote economic structural adjustment. Urbanization, and the accompanying higher population densities, will accelerate the process of transitioning from a secondary-industry-based economy to one that relies more on tertiary (service) one, increasing the industry’s part in the national GDP. In addition, an increasingly well-educated population will promote the development of new technologies, benefiting manufacturing.
These enthusiastic views are challenged by skeptics, who voice the following concerns:

1) Many people believe this process will most certainly damage the interests of rural farmers, both those who choose to stay in the countryside and those who choose to venture into the cities (Banyuetan, 2013). For those who choose to stay, the challenge shall lie in the new waves of urban construction, which will occupy a great deal of rural land and reduce the space available for farmers and agriculture (Chen, Liu, & Tao 2013, p. 32). For those who choose to migrate to the cities, the challenge is finding employment, housing, and educational opportunities for their children, while trying to secure social security benefits. In addition, most current migrant workers are not enrolled in urban medical insurance, unemployment insurance, or workers’ injury insurance (ibid).

2) There is a real possibility of over-investment. Many local governments are rushing to start new construction and other development projects in hopes of stimulating rapid economic growth. Recent National Bureau of Statistics (NBS) data shows that in January and February 2013, investment in real estate reached 667 billion Yuan (USD$106 billion), a 22.8 percent increase compared to the same period last year (2013). Some are concerned that this investment-driven growth is a high-risk strategy that can form a dangerous circle of investment-debt-credit growth.

3) Local government-led urbanization tends to not be very efficient. The use of large areas of land will no doubt lead to larger cities. But if resources are not used prudently, many worry that the rush to build bigger towns will simply result in operational inefficiencies that will produce more traffic jams and air pollution, which does not benefit anyone.

Generally speaking, the biggest concern for urbanization is the potential waste of investments and resources as local governments rush to build new cities but fail to truly improve the living standards of rural migrants. People fear that urbanization is a mere relocation of farmers to urban areas, without enough planning and policy consideration for the lives of these new migrants.

Premier Li Keqiang outlined the principles of this new urbanization strategy with Chinese characteristics in an opinion he wrote in the China Daily (2012). He pointed out that China used to focus on urbanizing the land by simply taking it and using it to geographically expand the cities. But now China needs to focus on urbanizing the people. This new round of urbanization aims to create more urban employment opportunities and provide public services to all new and existing urban residents, through the following:

2) Combine urbanization with modernization of agriculture to improve the efficiencies of economies of scale so that rural residents who stay behind can also increase their income.

3) Provide equal public services and benefits to both rural and urban residents. Ultimately Chinese people should enjoy the same level of government-offered benefits whether they live in rural or urban areas. The Chinese government has set 2020 as the target year to realize equality of basic public services including education, social security, employment, health care, and housing. The 12th Five-Year Plan of China outlined a fiscal investment plan to reach this goal, especially the plan to invest more in western provinces and poor areas. In fact, China has already increased its fiscal support to these regions with an annual growth rate of 26.3 percent (Zhang, 2012). Such momentum is expected to continue as China bridges the gap between rich and poor areas.

Premier Li’s suggestions addressed the major concerns about the new urbanization strategy. However, it is undeniable that this new initiative still faces significant challenges, especially the anticipated huge fiscal expenditure.

Equalization of public services is not the only factor straining the government’s budget. The aging population in China is estimated to require double the current fiscal expenditure on social security and to increase health care expenses by 50 percent by 2030 (World Bank 2012). With concurrent plans to increase expenditures for public services, China’s fiscal pressure will no doubt escalate.

Furthermore, these big increases in fiscal burdens coincide with a rapid decrease in fiscal income due to both internal and external factors. It is not likely that China can maintain the high fiscal income growth of previous years under such pressures. Figure 2 shows that the growth of fiscal income has experienced sharp drops.

China is now entering a new era of economic modernization in which Beijing is shifting its focus from mere rapid income growth to equality and social justice. The road to urbanization will not be smooth, but the underlying transition of structural change and social adjustment is a crucial step that all modern economies must take.

Qiulin CHEN is Assistant Professor of Economics at the Institute of Population and Labor Economics of the Chinese Academy of Social Sciences in Beijing, China (chen_ql@cass.org.cn).

Li Qi is an associate professor of economics at Agnes Scott College. She joined the faculty after completing a Freeman Foundation postdoctoral research fellowship at Columbia University. She received her Ph.D. from the University of Pittsburgh. Her research focuses on China’s economy, as well as behavioral and experimental economics and finance.