China’s stunning economic growth since 1978 has resulted in a ten-fold increase in real GDP per capita, with an average annual growth rate of 8.6% in the past three decades (China Statistical Yearbook, 2008). However, urban incomes have continued to outstrip rural incomes – the per capita income ratio between urban and rural people widened to 3.3:1 in 2007 from 2.6:1 in 1978 (China Statistical Yearbook, 2008) – and the trend is a major concern for the government. A policy announced in 2004 to phase out agricultural taxes has not worked to reverse the income gap. Undoubtedly, this disappointing outcome calls for additional supporting measures for farmers. 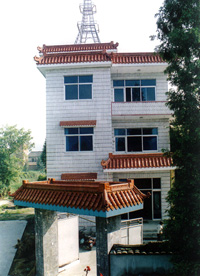 Houses and lands (H&L) are the most important potential assets to farmers. Zhang and Liu (2007) estimated that the value of H&L accounted for approximately 74% of an average rural household’s total asset value. However, current Chinese law prohibits the sale, exchange, transfer, or collateralization of rural H&L, which greatly impedes the growth of income to farmers. Ke (2007) found that in 2005 farmers’ asset income only made up 2.7% of their total income. The prohibitions also constrain the development of rural finance since H&L cannot be used as collateral for loans. By June 2005, agriculture loans were just 5% of total loans issued by financial institutions (Hu, 2006).

Not only does the current law block the development of rural finance and the increase of farmers’ income, but also it promotes even more inefficient use and unequal distribution of scarce land resources. All rural Chinese households can apply for free land sites from their villages and build houses on those sites, but the lack of a market mechanism makes for inefficient land use. From 1997 to 2005, 97 million rural people migrated to urban areas, but they still retained ownership of their rural H&L even if it became vacant. Numerous studies (e.g., Zhang & Lu, 2006; Han, 2008) show that vacant H&L and even vacant villages have become more and more common. In addition, the system fosters excessively large H&L holdings by some farmers and insufficient ones by others. Needless to say, vacant and excessively large H&L causes tremendous waste of land resources, something that should be corrected to foster sustainable economic growth.

Reforming the current land law can bring enormous benefits to farmers as well as society. Should farmers be allowed to sell H&L, migrants would be able to collect large sums of money by selling their vacant H&L and using the proceeds for consumption and savings, generating new sources of economic growth. Should farmers be allowed to exchange or transfer H&L, they would be able to trade old houses for new ones provided by real estate developers and receive monetary compensation, which could improve farmers’ living conditions and attract capital to rural areas. Should the collateralization of H&L be allowed, farmers would be able to receive more agriculture loans and invest in profitable businesses, and that could lead to booming rural markets.

Some of this already is happening beneath the surface. Despite the official prohibition on the sale, exchange, transfer, or collateralization of rural H&L, underground markets have sprung up for rural H&L. In developed regions such as the Yangtze River Delta, the Pearl River Delta, and the vicinities of Beijing, rural H&L have entered the market through rents, transfer, partnerships, collateralization, and other means (Jiang & Liu, 2003; Wang 2003; Huang, 2006). However, the lack of guaranteed H&L ownership in underground markets serves as a drag on further investments and a disincentive to improving the quality of buildings.

To mitigate the serious problems in the current rural H&L law, some local governments have piloted gradual reforms under the acquiescence of the central government. Chengdu began issuing official certificates confirming property rights of farmers in 2008, providing a basis for the transfer and social utilization of H&L. Tianjin, Guangzhou, Fusan, and Jiaxing enacted a policy of exchanging rural H&L for city dwellings in the hopes of bestowing benefits on both the local governments and farmers. Zhejiang Province allowed for the transfer of H&L collateralization. Together, these policy experiments in different regions, although their impacts cannot yet be fully evaluated, provide valuable experience for future reforms in rural H&L law nationwide.

Land-law reform is not immune to risks, so it is vital to anticipate and control those potential problems. The risk that policy makers are most concerned with is the emergence of homeless farmers. For example, most farmers have no health insurance. If they become seriously ill, they might sell their H&L to pay for expensive medical services if they were able to do so. Therefore land law reform should not stand alone; rather, it needs to be coordinated with reforms in other areas such as health care. The recent health care reform, which aims to provide basic medical services to all farmers and make medical services affordable, is a beneficial foundation for land-law reform.

Another risk of land-law reform involves corruption. Policy makers need to safeguard against self-interested officials making decisions during the reform process that benefit themselves and other special-interest groups at the expense of farmers. If this is allowed to happen and becomes rampant, land-law reform could actually threaten social stability.

To conclude, there is a growing interest in reforming the current land law, which constrains rural finance and income growth for farmers. Land-law reform can benefit farmers, city dwellers, and government units, as evidenced by the experimental reforms in some regions. Every reform carries risks; however, the risks are manageable as long as governments prioritize people’s interests and build in safeguards against self-interest and corruption. The recent health care and social security reforms in rural areas provide a good environment for the land-law reform.

The findings and conclusions in this article are those of the authors and do not necessarily represent the official position of Zhejiang University or the U.S. Centers for Disease Control and Prevention.

Chuanhao Tian is Associate Professor in the College of Public Administration at Zhejiang University, China.
More articles by the Author »